Child injured during conflicts in Mrauk-U 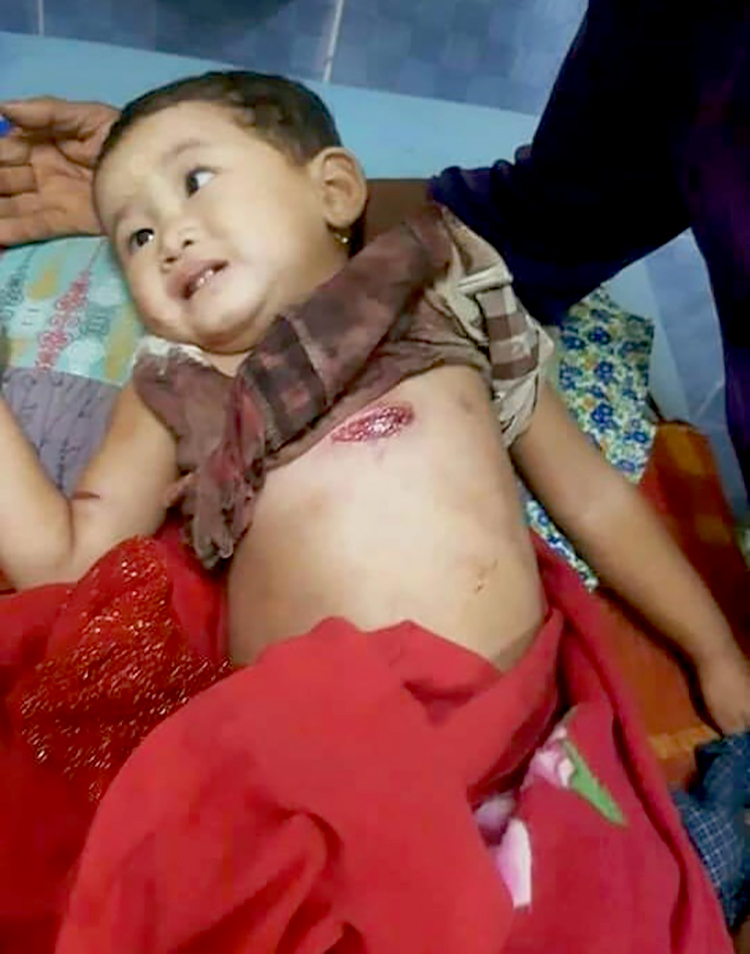 An injured child from Chaung Thit village in Mrauk-U Township, who was wounded during a clash on April 9, was transferred to Sittwe Hospital due to bleeding from her lungs, according to a resident.

“While they were hiding in a monastery, bullets hit the roof. A bullet hit the mother first and then hit the daughter,” one of the residents from Mrauk-U said.

They were wounded at about 10 p.m, but sent them to Mrauk-U hospital the next morning because of ongoing fighting.