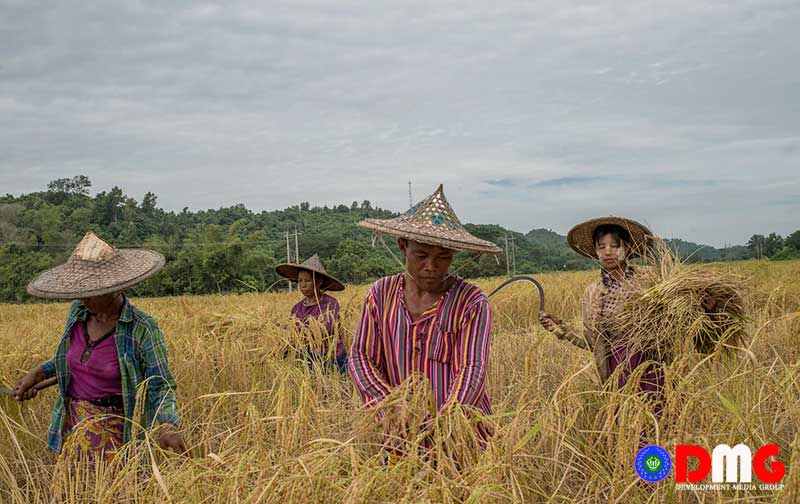 Aimed at promoting the interests of farmers in Arakan State, a farmland survey is being conducted, according to a source from the Arakan State Farmers’ Union.

The purpose of the survey is to protect and promote the rights and well-being of local farmers in accordance with the law, said the chairman of the Arakan State Farmers’ Union, U Kyaw Zan.

“We will meet farmers individually and collect data about their farmland ownership. This will be the first farmland survey in Arakan State,” he added. “According to a tentative assessment, the amount of farmlands in Arakan State reduced from 1,055,000 acres to around 855,000 acres, resulting in declining paddy grain yield.”

U Kyaw Zan said the Arakan State Farmers’ Union would undertake this agricultural audit in part to gather precise information about the acreage of farmlands that cannot be cultivated due to armed clashes between the Tatmadaw and the Arakan Army (AA). The findings would be presented to the state government and state legislature, he added.

Fighting between the Tatmadaw and the AA prevented local farmers from harvesting more than 12,000 acres of paddy fields in Arakan State last year, the Arakan State Farmers’ Union said in November.