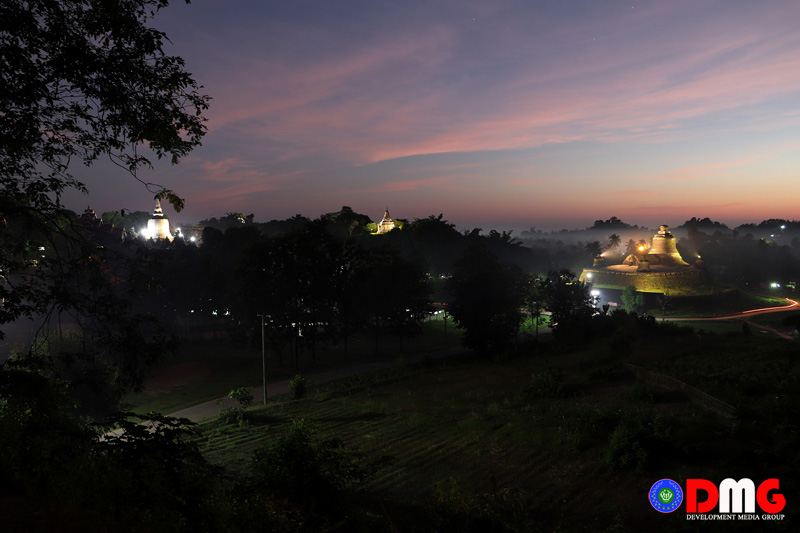 The sound of gunfire, a frequent occurrence in Mrauk-U Township for nearly a year, has not been heard there since a final proposal to designate the former Arakan’s capital, Mrauk-U a UNESCO World Heritage Site was submitted on January 27, residents said.

That may be reason for cautious optimism about a UNESCO bid that has appeared imperiled by the ongoing conflict between the military and the Arakan Army, in Mrauk-U Township and the wider Arakan State.

Some of Mrauk-U’s heritage treasures, such as its ancient temples and pagodas, have sustained damage during the hostilities.

“The ancient Kouthaung Temple was found to have cracks in it since late last year and some pieces have begun to crumble,” said Daw Khin Than, chair of the Mrauk-U Ancient Cultural Heritage Conservation Group.

Other centuries-old pagodas in Mrauk-U, the capital of the ancient Arakan Kingdom, have also been damaged by gunfire or artillery, the latter of which is also blamed for causing tremors that less perceptibly impact the structural integrity of the prospective Heritage Site architecture.

For this reason, Residents and MPs have demanded that the Mrauk-U region be declared a no-war zone.

Fierce fighting between the Tatmadaw (military) and the Arakan Army was reported in Mrauk-U in previous months. Clashes are continuing in Paletwa, Buthidaung and Myebon townships, but fighting is no longer taking place in Mrauk-U Township, the AA announced.