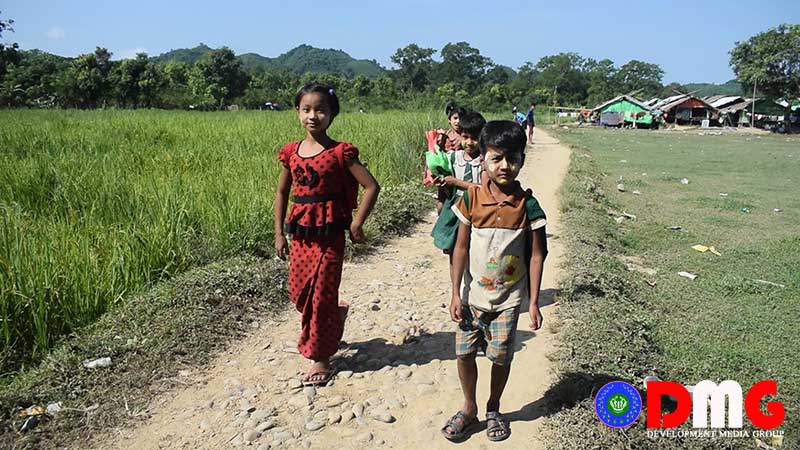 The closure of 21 examination centres amid conflict in Kyauktaw Township, Arakan State, has caused 489 students to miss the Grade 5 and Grade 9 testing periods, according to the Mrauk-U District education office.

Exam centres were closed in Tinma, Meewa and Pyaingtaing village-tracts due to hostilities between the military and the Arakan Army (AA) in the area.

U Maung Thein Shwe, the Mrauk-U District education officer, told DMG that a list of students who missed their chance to sit the examinations was submitted to the Arakan State education office. He added that he did not yet know what alternative testing arrangements would look like.

“We sent a plan to re-hold the examinations to the state-level office. … But, the state office hasn’t replied to us on how to arrange the exams, and when the exams will be held,” he said.

U Tin Thein, Arakan State education officer, told DMG that he could not say precisely when the examinations would take place for those students missing out because of ongoing instability in the region.

“Timetables cannot be set for the examinations yet. I submitted reports to the head office and the department of examinations. When the two give directives to me, I can set the timetables for exams. I cannot tell whether exams will be held or not as peace and stability cannot be restored,” he explained.

Some exam centres were closed in other Arakan State townships as well, such as Buthidaung and Minbya, where fighting has also occurred. In those cases, students were reassigned to other centres, according to the relevant education offices.

Likewise, the Arakan State education office stated that a plan is in place to temporarily close 20 matriculation examination centres in Arakan State on security grounds, with students originally scheduled to sit for testing at the shuttered centres reassigned to other venues.