Over 130 tonnes of illicit timbers seized in Maungdaw 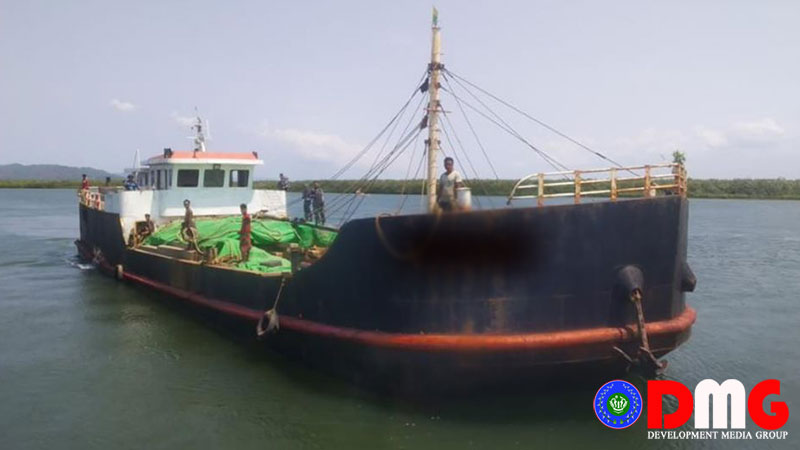 Myanmar authorities interdicted two watercrafts carrying more than 130 tonnes of illegal timber on May 18, with 11 people on board the vessels arrested by the Danyawady Naval Force based in Maungdaw town, Arakan State.

“The timber is now being carried to the compound of the township Forest Department,” said the head of the Forest Department in Maungdaw Township, U Moe Myint Zaw. “It might take 20 days to send all of it to the office compound.”

The two watercrafts set off from Taungup with their illicit cargo, intending to smuggle the timber into Bangladesh, according to the Maungdaw Township Forest Department.