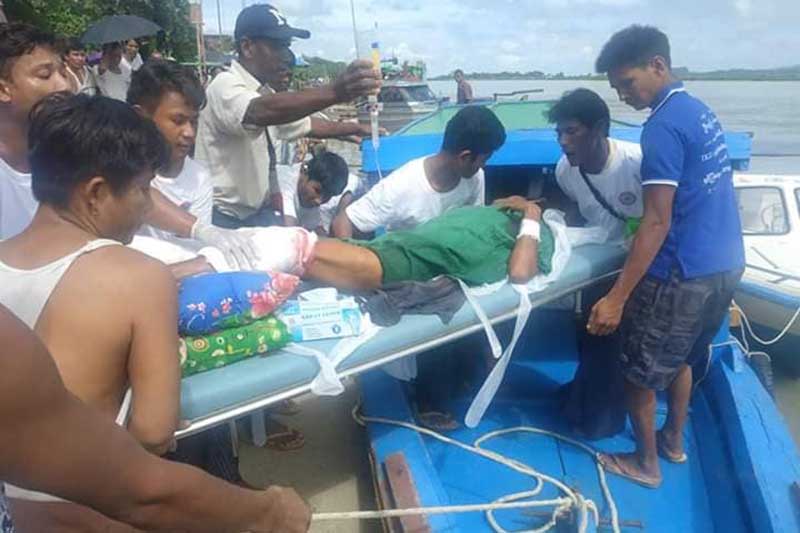 A 66-year-old man from Nga Tauk Tu Chay village in Rathedaung Township, Arakan State, was severely injured after stepping on a landmine on July 8, according to local residents.

The victim, identified as U Oo Kyaw Than, encountered the landmine while herding cattle in pasturelands north of Nga Tauk Tu Chay village just after noon on Wednesday, resident U Nyo San Aung told DMG.

“He sustained serious injuries to his legs, and his legs will likely be amputated. The victim is said to be in critical condition,” he added.

U Oo Kyaw Than is currently receiving medical treatment in a Buthidaung Hospital intensive care unit (ICU) and will be transferred to Sittwe Hospital, according to volunteers who assisted the victim.

Last year 86 civilians were killed and 174 were injured as a result of hostilities between the Tatmadaw and the Arakan Army, the Myanmar Institute for Peace and Security said in a statement released on July 7.

The conflict in Arakan and southern Chin states has displaced tens of thousands and resulted in hundreds of civilian casualties due to landmines, stray heavy weapons and small arms fire, and other combat-adjacent violence.