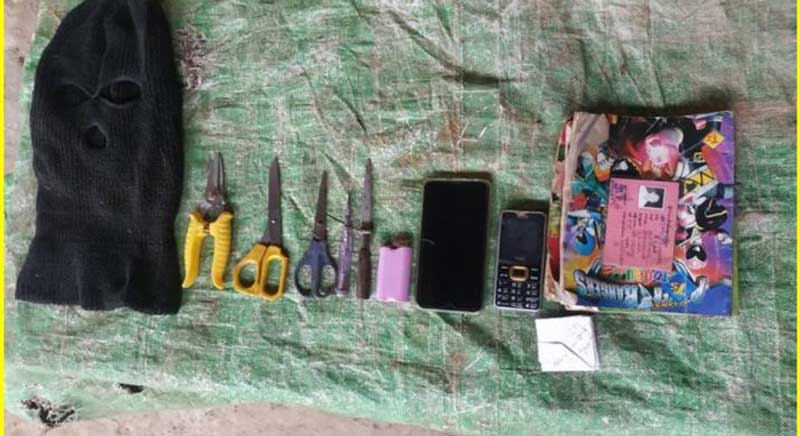 Two men from Yay Nan Dwein village in Arakan State’s Kyaukphyu Township were arrested by the Myanmar Army on July 13, according to family members of the detainees.

The two villagers, identified as Ko Saw Maung aka Maung Saw Thein and his younger brother Ko Nyi Tun Maung, were taken from their home and detained by personnel from Kyaukphyu-based Light Infantry Division No. 34, the wife of Ko Nyi Tun Maung told DMG.

“Security members arrested my brother-in-law at about 9 a.m. on July 13 and my husband at around 5 p.m. on the same day,” said Ma Phyu Chay. “They are innocent and did nothing wrong. The pair were detained by security personnel from the military’s Light Infantry No. 34.”

Regarding the detention of the two men, a statement released by the Tatmadaw True News Information Team said the military arrested U Saw Maung, but it did not mention Ko Nyi Tun Maung as having also been detained.

In its July 14 statement, the Tatmadaw True News Information Team said military personnel raided the home of U Saw Maung in Yay Nan Dwein village on July 13 and seized a number of items including a knife, a mobile phone and papers linking him to the Arakan Army. The military’s statement said it detained U Saw Maung for questioning, as he is believed to have ties to the ethnic armed group.

“I asked security personnel from Light Infantry No. 34 about my sons; they said the two men were transferred to a police station. But when I went to the police station, I didn’t see them there. My sons are innocent,” she said.

Military detentions elsewhere in Kyauphyu Township have likewise raised familial outcries in recent weeks. Family members have asked the Tatmadaw to release two detainees from Zin Chaung village and expressed concern for their safety as it has been a full week without any official information about them.

And eight villagers have been detained largely in communicado at the Dhanyawadi Naval Base in Kyaukphyu Township, facing charges under Myanmar’s Counter-Terrorism Law.