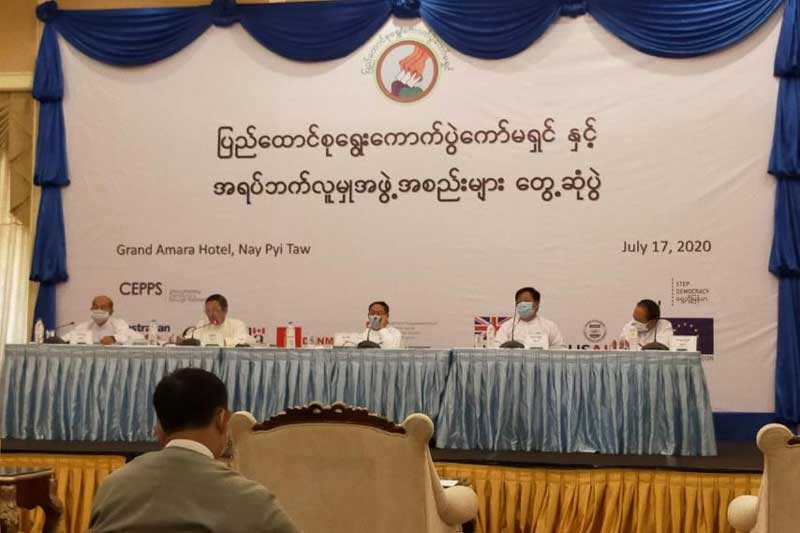 The UEC chairman made the remarks during a meeting between the government-appointed commission and civil society organisations in Nay Pyi Taw on July 17, said Ko Min Bar Chay, leader of the Arakan Youth New Generation Network.

The UEC claimed it is also making the necessary preparations for victims of conflict who have fled their homes in order to help them cast their ballots, Ko Min Bar Chay said.

“UEC officials said they have already made preparations for the displaced people for voting in the election but didn’t elaborate on the plan in detail. I am not satisfied with what they said,” he added.

The 2020 general election is slated to be held nationwide on November 8. Ongoing hostilities between the military and the Arakan Army in western Myanmar have raised concerns about the ability to safely hold the vote across all 17 of Arakan State’s townships.