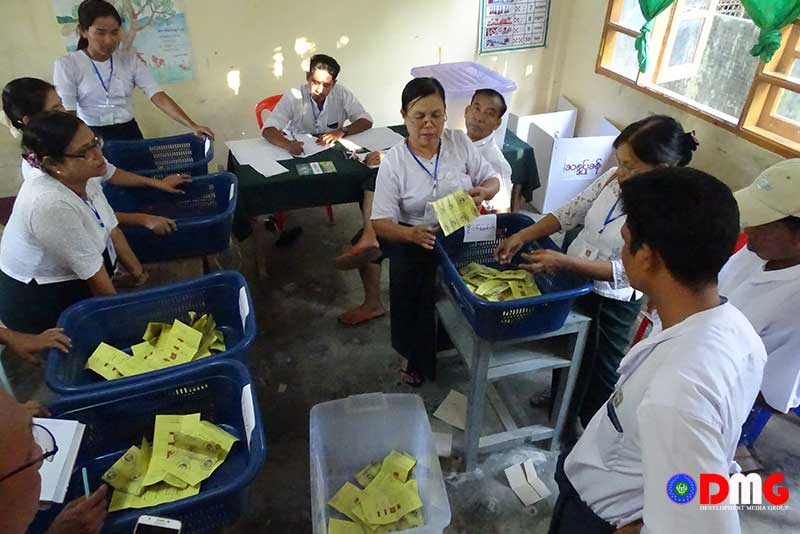 Lawmakers have recently criticised that the 2020 general elections will not be free and fair in Arakan State.

Arakan State should not be treated like other states and regions as it continues to see armed hostilities, said Upper House MP Daw Htoot May, who also noted that a significant portion of the electorate were being deprived of internet access — a valuable communication medium for both candidates and voter education efforts.

Ongoing conflict between the military and the Arakan Army (AA), particularly in northern Arakan State, has displaced nearly 200,000 people, with hundreds of civilians killed or wounded by the fighting.

Arakan State Parliament lawmaker U Kyaw Lwin from Kyaukphyu Township said: “I think the current situation will not make the election free and fair.”

“The government needs to intervene to reduce or stop the clashes between the military and the AA during the election period,” Daw Htoot May said.

“Stability will be restored in Arakan State only when there is government intervention. The people will become interested to cast their votes in the election, assuming that they have safety to a certain extent, even if the election faces difficulties to a certain degree,” she added. “Especially, the authorities should make negotiations and seek a solution to the problem since the canvassing campaign is beginning,” she added.

Among other issues to be addressed ahead of the poll, voter lists will need to be compiled for the tens of thousands of people displaced by the conflict in Arakan State over recent months.

The 2020 general election will be held on November 8, the Union Election Commission announced this month.