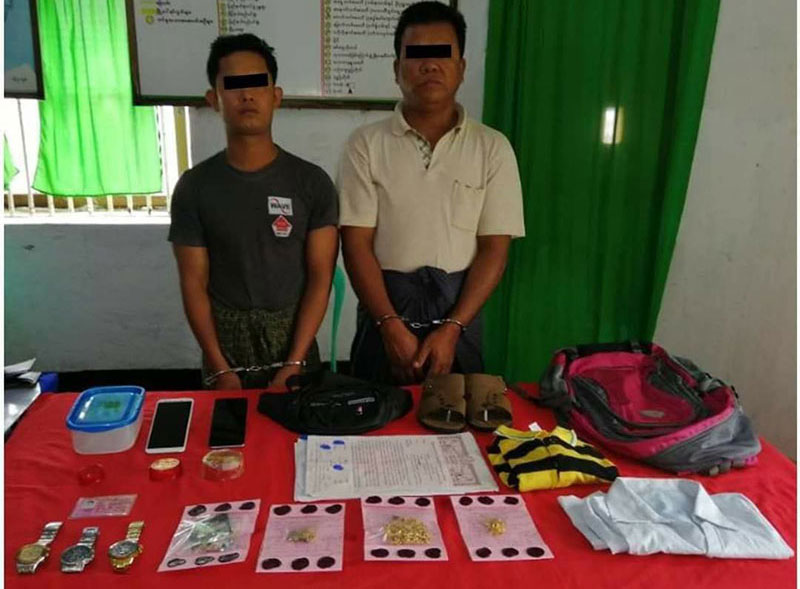 U Tun Hlaing, 48, and his wife Daw Hla Hla, 48, were found dead with knife wounds at their apartment in the commercial capital Yangon on July 31, family members said. The victims were originally from Arakan State’s Buthidaung Township.

The alleged murderers, 30-year-old Aung Kyaw Myint and Win Maung, 51, were arrested on August 6, according to the police report.

The slain couple owned a gold shop in Buthidaung town but had been living in Yangon for about two years as Daw Hla Hla underwent medical treatment there, family members said.

Yangon Region police said they would move forward with prosecuting the men suspected of killing the couple.

DMG phoned both Sittwe and South Okkalapa police stations seeking comment on the detained men and their case, but no one at either jurisdiction could be reached.