Two more arrested over death of policeman in Maungdaw Twsp 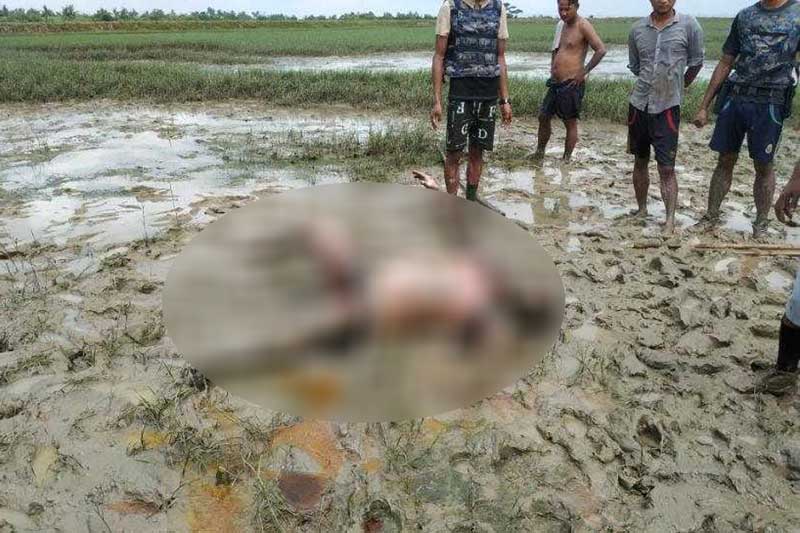 Two more men have been arrested in connection with the death of a police constable in Maungdaw Township, Arakan State, who went missing along with a colleague on September 5.

The two suspects were arrested on September 9-10 and remanded into custody until September 22, according to a source from the Maungdaw Township Court.

The detainees have been identified as Mohameik Hussein, 34, from Thayet Oak village and Ousman aka Larhlu, 22, the acting administrator of Arsheikjar village.

A murder case has also been opened against the owner of a shrimp pond in Maungdaw Township after the body of police officer Zeyar Myo was near its waters on September 7. The 55-year-old man identified as U Maung Tun Sein was charged under Section 302 of the Penal Code on September 8, and he too was remanded into custody until September 22.

Two border guard police officers from Thayet Oak police outpost — identified as Zeyar Myo and Myint Thein — went missing along with their guns while travelling to Ywet Nyo Taung village to transfer their salaries to their families on September 5.

Zeyar Myo was found dead near Ywet Nyo Taung village with his neck and genitalia slashed.