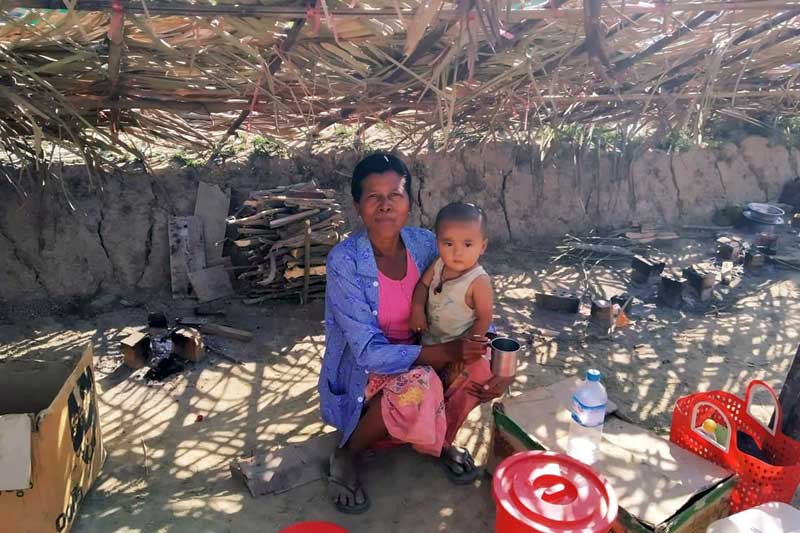 People in Chin State’s Paletwa Township are facing shortages of rice and other foodstuffs, according to local residents, as COVID-19 continues to disrupt travel and supply lines in the region.

Access to Paletwa Township by land routes and waterways has been heavily restricted in recent weeks amid a coronavirus outbreak in neighbouring Arakan State to the south. The Tatmadaw arrested 41 people transporting rice and other food items to Paletwa Township from Kyauktaw Township, Arakan State, on September 9. The group is reportedly to be prosecuted for failing to comply with local directives including a curfew order.

Potential carriers are afraid to transport rice into the area for fear of being arrested by the Tatmadaw along the supply route, triggering a shortage of rice and other provisions, said U Maung Maung, a resident of Paletwa Township.

“At present, our family has about a bag of rice. Other families have no more rice. No one dared to go to work following the arrest of some rice transporters by the Tatmadaw. Rice, cooking oil, salt and medicines have run out. How will the locals in Paletwa Township continue to live and eat?” he asked.

“Even for those who have money, there is no rice to buy,” said Ko Tin Tun Aung, a local in Paletwa Township. “I heard that families with poor living conditions have to drink rice soup. Children are fed adequately, but adults are eating less food.”

The supply shortages have also affected local healthcare, according to a Paletwa Township resident.

“Medicine has been in short supply in Paletwa Township since the beginning. There is no medicine even at the hospital. The main problem is transport barriers. Some people have died because they did not have enough medicine,” the resident said.

Locals are demanding that the waterway linking Kyauktaw and Paletwa be reopened at least twice a week as food shortages are likely to worsen in Paletwa.

The local government is mainly focused on the land route to deliver food supplies to Paletwa Township, said U Soe Htet, a spokesperson for the Chin State government as well as the state minister for Development Affairs.

“With regard to road transportation, we are trying to deliver foodstuffs via the Pakkoku-Samee-Matupi-Paletwa road. At the moment, the road is muddy and cars cannot drive very well. That makes it a little difficult. We must repair the land route to send food supplies to Paletwa via Samee,” the minister explained.

Accustomed mainly to waterways for supply lines in normal times, Paletwa Township residents are relying on land routes due to ongoing conflict.

“But if there is fighting along the land route, Paletwa residents will face more difficulties,” the minister added.

Bordering parts of northern Arakan State, Paletwa Township has played host to some of the hostilities between the Tatmadaw and the Arakan Army in their long-running conflict.