Over 1.2 million in Arakan State disenfranchised by nixed elections 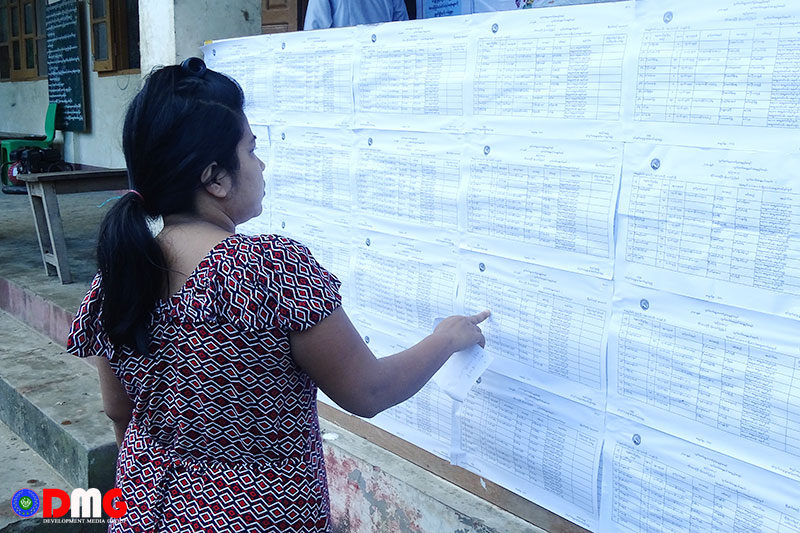 More than 1.2 million people in Arakan State will miss out on the chance to vote in this year’s general election due to a Union Election Commission (UEC) announcement last week detailing constituencies where the polls will not be held.

The UEC on October 16 said the entirety of nine townships — Pauktaw, Ponnagyun, Rathedaung, Buthidaung, Maungdaw, Kyauktaw, Minbya, Myebon and Mrauk-U — as well as some wards and village-tracts in four other Arakan State townships, will not be holding elections on November 8.

The secretary of the Arakan State election subcommission, U Thurein Htut, told DMG that more than 1.2 million voters would be disenfranchised as a result of the UEC decision, which has been criticised by numerous political stakeholders and democracy advocates.

U Kyaw San Naing, the executive director of the Arakan State Election Monitoring Group, said the UEC should issue a clear statement explaining why the affected townships will not be given the opportunity to vote next month.

The Arakan State Election Monitoring Group’s project coordinator, U Aung Naing, said human rights violations have been on the rise in northern Arakan State, making representation in Parliament more important than ever.

“Hluttaw representatives can speak out on behalf of these voices, from inside the Hluttaw. Now, there is no election in those places, and the people’s rights could be lost,” he said.

Though Arakan State is the most heavily affected, a total of 56 townships nationwide will be unable to vote either entirely or partially this year, according to the UEC’s October 16 announcement, including significant patches in Shan and Kachin states.