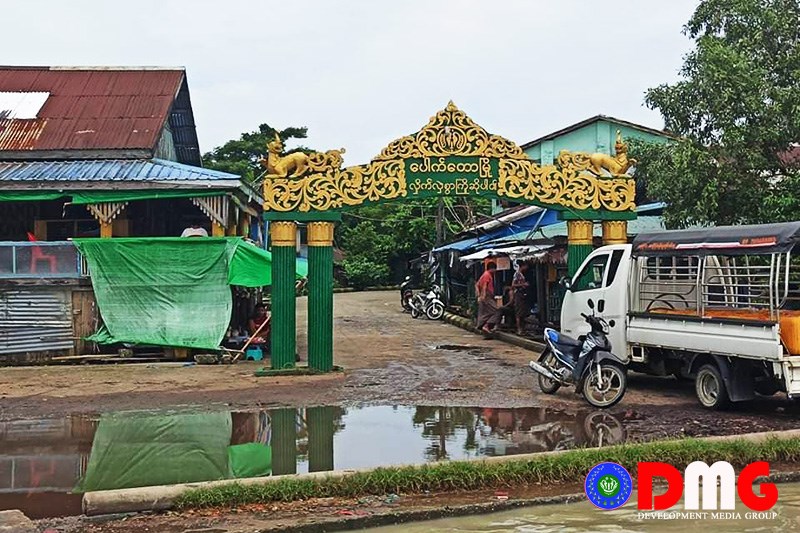 Some Arakan Front Party (AFP) candidates have called on the Union Election Commission (UEC) to reconsider its decision to cancel elections in Arakan State’s Pauktaw Township, which they contend is capable of holding the polls as the effects of the broader Arakan conflict have been negligible there.

The four candidates for the AFP who had prepared to contest the Pauktaw Township races for the Arakan State and national parliaments made their demand in a signed letter to the UEC on October 22.

The candidates are Daw Tin Nyunt for Pauktaw’s Pyithu Hluttaw seat, U Aye Tha Aung for its Amyotha Hluttaw seat, and U Khin Nu and U Tun Thein for Arakan State Hluttaw constituency Nos. 1 and 2, respectively.

“We want the [UEC] announcement to be reviewed. Because we don’t know whether the analyses are wrong or the announcement was wrong. Whatever the reasons, we see the announcement needs to be reconsidered as Pauktaw is peaceful at the moment,” said U Aye Tha Aung.

The UEC announced on October 16 that nine Arakan State townships, including Pauktaw, and several wards and village-tracts in four other townships in the state would not be able to hold elections on November 8, when most of the rest of the nation will cast their ballots.

At a virtual news conference on October 20, the UEC said the announcement was made after taking input from the Union government, the Ministry of Defence, the Ministry of Home Affairs and the respective election subcommissions.

However, the chairman of the Pauktaw Township election subcommission, U Saw Tun Sein, told DMG that there had been no opinion or recommendation taken from the township subcommission on whether or not Pauktaw could hold free and fair elections.

“We were not asked. But we heard the township administrator was asked. There were not any questions sent to the chairman of the township election subcommission,” he said.

Sixteen candidates from the AFP, Arakan National Party, National League for Democracy and Union Solidarity and Development Party had prepared to contest the four constituencies in Pauktaw Township.

The AFP letter sent to the UEC said candidates campaigning in Pauktaw found the township to be peaceful, and that its people were willing to vote.

U Aye Tha Aung said the cancellation of elections in Pauktaw should be reconsidered as part of a broader UEC review of the constituencies it has written off this year.

Though Arakan State is the most heavily affected, a total of 56 townships nationwide will be unable to vote either entirely or partially this year, according to the UEC’s October 16 announcement, including significant patches in Shan and Kachin states.

“We want the elections to be held, if possible, even in difficult towns with positive attitudes — but leave off the impossible places — because people’s representatives are required in every township,” U Aye Tha Aung said.

There are more than 197,000 eligible voters across five wards and 58 village-tracts in Pauktaw Township, according to the township election subcommission.