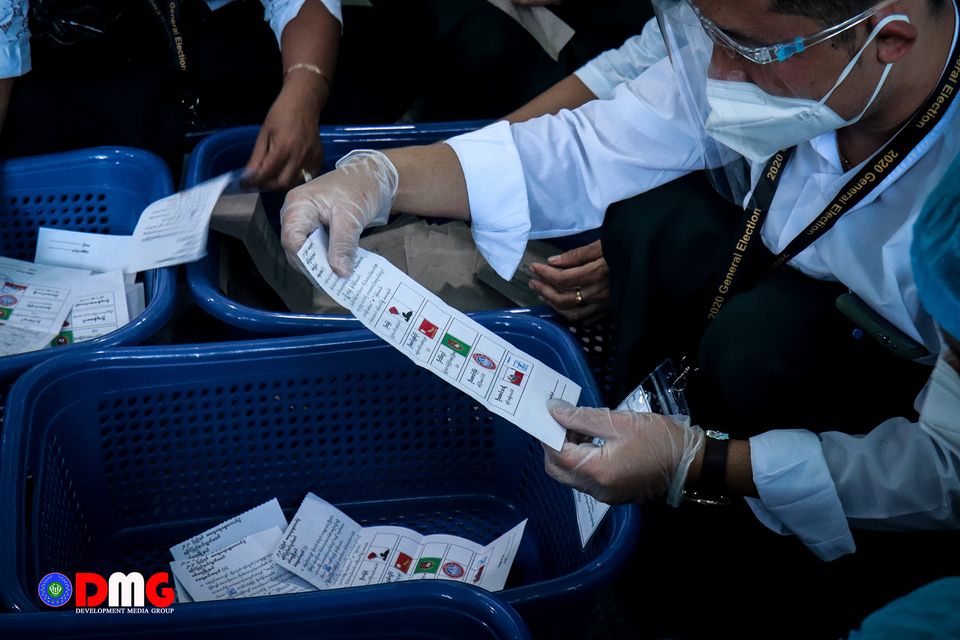 Candidates from the Arakan National Party (ANP) have won all of the constituencies up for election in Taungup Township, which the ruling National League for Democracy (NLD) won in Myanmar’s last general election in 2015, according to the Arakanese party.

The ANP’s Taungup sweep, if confirmed by the Union Election Commission (UEC), amounted to three seats: the Upper and Lower houses of the Union Parliament, and one seat in the Arakan State legislature. The township’s other state legislature seat was not contested on Election Day because last month the UEC cancelled voting in all but four urban wards of Taungup Township.

Across the three seats up for grabs, the ANP won 4,633 votes in the Arakan State assembly race, 5,069 votes in the Lower House and 5,015 votes in the Upper House, according to an ANP official.

“In Taungup Township, our party had never won any previous elections. This year, we have been able to wipe away the tears of the people who lost their previous elections,” said U Maung Maung Thit, the vice chair of the ANP in Natmaw village.

Twenty-eight polling stations were set up in the four Taungup Township wards, with 15,602 out of 21,808 eligible voters casting ballots in Sunday’s election.

Parliamentary hopefuls from the ANP, NLD, Union Solidarity and Development Party and Arakan League for Democracy, as well as an independent candidate, contested for seats representing Taungup Township in the three legislative chambers.

Daw Hla Thet Soe, an ANP candidate who won the Lower House seat in Taungup Township, said that as a member of Parliament elected by the people, she is committed to working for the benefit of the public in line with the party’s policies.

“I am determined to materialise a law that will ensure the safety of the people based on the four policies of our party. I will take a leading role in tackling any issues relating to the locals in Taungup Township,” said the MP-elect.

As yet, there have been no official election results certified by the UEC, with statements from the respective political parties providing the best early indications of election outcomes.