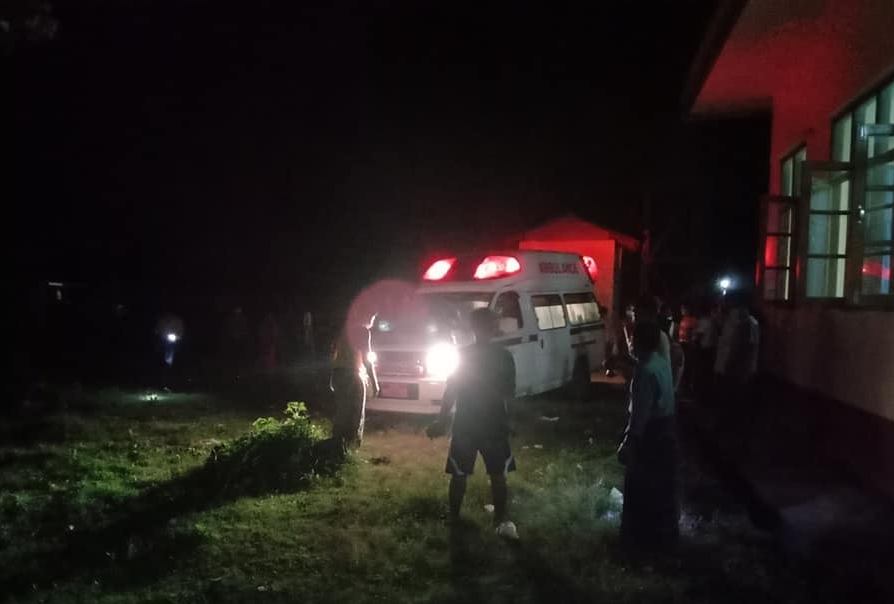 Six people including a 3-year-old baby girl and three other children were injured when artillery shells fell and exploded in and around Ann Township’s Shouk Shone village on November 10, according to locals.

The injured children have been identified as Ma Toe Toe, 3, Maung Lin Lin Chay, 6, Maung Maung, 9, and Maung Hla Min Ko, 15. In addition, Ma Tin May Hnin, 31, and U Khin Maung, 54, were also injured in the shelling, which reportedly took place at about 7 p.m. on Tuesday.

The injured were sent to Kanhtaunggyi Hospital in neighbouring Myebon Township to receive medical treatment, according to residents.

“We went to the village to carry the victims. The victims were hospitalised by an ambulance from a local social organisation. Following the shelling, many residents fled their homes and the injured are being treated at Kanhtaunggyi Hospital,” said Ko Win Hla Aung, a local from Kanhtaunggyi who assisted the IDPs.

Fighting broke out between the Tatmadaw and the Arakan Army (AA) at a location about 5 miles from Shouk Shone village on the morning of November 10, according to locals.

“The artillery shells were fired from the direction of Kazukaing Bridge. Two of the victims are said to be in critical condition,” said Ko Yan Naing Soe, a resident of Shouk Shone village.

DMG phoned the spokespeople for the Tatmadaw True News Information Team for comment on the Shouk Shone villagers’ accusations, but they could not be reached.

About 350 residents of Shouk Shone and neighbouring Thayetpinchaung village have fled to Kanhtaunggyi town in fear of being arrested by the Tatmadaw or potentially becoming victims of any additional shellings, according to aid workers.

“Some people fled to Kanhtaunggyi town by boat. We took two cars to pick up those who were left in the village. No one remains in the village. We also brought the abbot of the village’s monastery,” said Ko Aung Win Myint, information in-charge of an IDP camp in downtown Kanhtaunggyi.

Some of the displaced have taken shelter at an IDP camp in downtown Kanhtaunggyi, while others are staying at the homes of relatives and friends, according to the IDPs.

“The Tatmadaw has been firing heavy weapons continuously since yesterday afternoon,” said Ko Aung Hsan Thein, a resident of Thayetpinchaung village, on Wednesday. “It is more worrying because it is close to the village where the artillery shells fell. I think the Tatmadaw shouldn’t fire the artillery shells without any hostilities. We also want to work and eat peacefully in our own homes.”

The IDP camp in Kanhtaunggyi, temporary home to more than 1,300 displaced people, has faced food shortages in the recent past. With the influx of IDPs this week, camp officials say they are finding it increasingly difficult to make ends meet.

“With the arrival of more displaced people, camp officials are facing many difficulties to feed the IDPs. There is no medicine for the IDPs,” Ko Aung Win Myint explained.

He added that donors should do their utmost to provide health- and accommodation-related support to the IDPs.

According to the Rakhine Ethnics Congress (REC), the number of IDPs in Arakan State has climbed to more than 236,000 due to the conflict between the military and the Arakan Army over the past two years, with IDPs facing significant hardship and struggling to meet basic needs such as food, shelter and healthcare.