Over 42,000 ballots tossed out in Arakan State elections 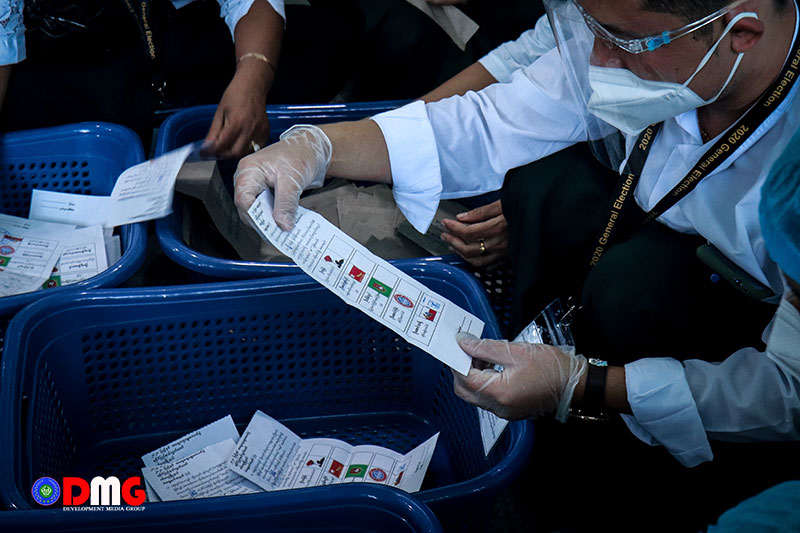 More than 42,000 ballots were invalidated or “missing” in the November 8 general election in Arakan State, according to the state election subcommission.

He explained that “missing” ballots resulted when the number of ballots cast at a given polling station on Election Day was fewer than the number of voters recorded at the polling place that day.

The election official went on to say that the main cause of invalid and missing ballots in the election was a lack of voter education amid the coronavirus pandemic.

Several political parties had called for the 2020 general election to be postponed as COVID-19 cases in Myanmar rose dramatically in the weeks leading up to the vote, but the Union Election Commission (UEC) opted to press ahead with the poll.

According to the Arakan State election subcommission, this year’s election saw a turnout of nearly 69% of the more than 440,000 eligible voters in the state, where a majority of townships and 1.2 million eligible voters were not able to cast ballots as the UEC cancelled elections in their constituencies, citing conflict in the region.