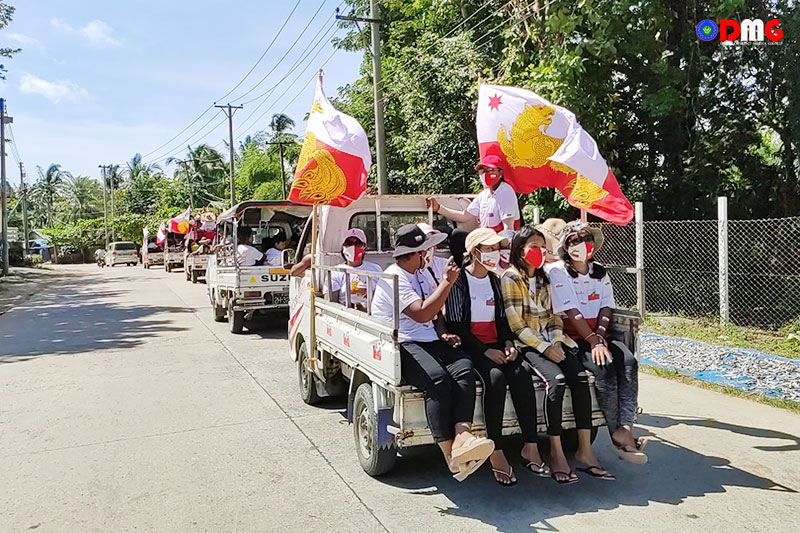 The government’s involvement is an important factor in ending armed conflict and bringing lasting peace to Arakan State, according to local ethnic political parties.

U Hla Myint, a spokesman for the Arakan League for Democracy (ALD), pointed out that if a stable and peaceful Union is to be established in Myanmar, not only the Tatmadaw and the ethnic armed groups but also the government and those ethnic armed organisations need to hold talks.

“We need not only the Tatmadaw but also the government in holding peace talks with the ethnic armed groups. If you really want peace and to build a peaceful Union, I think it would be better to meet with the government. We believe that this will lead to more peace,” he added.

Amid a current cessation of hostilities in Arakan State, negotiations between the government, Tatmadaw and the Arakan Army are key to achieving a lasting peace, according to U Tha Tun Hla, chairman of the Arakan National Party (ANP).

“I would like to emphasise that the talks between the two armed groups are just as important as the talks with the government that is ruling in Myanmar,” he said during a discussion on “trends in Myanmar” held on December 16.

He added that it is necessary to build trust between the Tatmadaw and the Arakan Army, and that more dialogues are needed to build a strong path toward peace and the resolution of Myanmar’s ongoing civil war.

Last month the Arakan Army issued a statement urging the government and the Tatmadaw to hold elections by year’s end in Arakan State constituencies where voting was cancelled in the November 8 general election. The military welcomed the announcement shortly after it was made, and has continued to indicate its support for make-up elections in the affected townships.

For more than a month since those positive developments, clashes between the two sides have ceased.

On December 9, representatives of the Tatmadaw and the Arakan Army met in Panghsang, a border town in Shan State controlled by the United Wa State Army (UWSA), following an initial online discussion last month.

U Maung Maung Soe, a political analyst, said understanding between the military and the AA is currently being established, but that matters relating to the deployment of troops will be a major challenge during the talks.

The next step, he added, is not just another meeting between the Tatmadaw and the Arakan Army, but also a joint effort with the Northern Alliance — of which the Arakan Army is one member — that includes the government-led National Reconciliation and Peace Centre (NRPC), in order to secure a formal ceasefire in Arakan State.

Due to the conflict, the number of internally displaced people (IDPs) in Arakan State topped 230,000 in October, before falling to below 200,000 as IDPs have returned to their homes in the absence of fighting over recent weeks. The remaining displaced populations continue to face significant hardship, struggling to meet basic needs such as food, accommodation and healthcare.