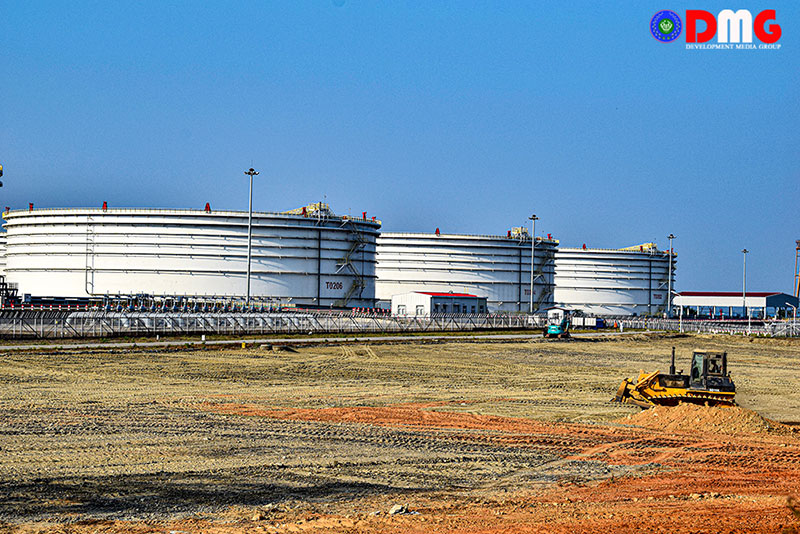 The Diverse and United Communities of Arakan have called on the Union government to seek the consent of local residents before approving any local and foreign investments and projects in Arakan State.

Participants from Arakan, Muslim, and other minority communities have held a series of meetings since October 2020. On Monday, they issued a declaration demanding that any planned international and domestic investments and projects be first considered, consented to and prioritised by the people of Arakan State themselves, and before the Union government takes action.

“Whereas our Arakan is rich in natural resources and has considerable potential for development, including through interaction with other regional nations, we are the sole owner of the land and its resources. The power to decide about responsible use of these resources is vested in us, as is the responsibility to ensure that the people of Arakan are the prime beneficiaries of the land and its resources,” reads the declaration.

All the communities agree to the importance of peaceful coexistence and the building of a new society based on the preservation and promotion of justice, peace, equality and human rights, including freedom of movement, freedom of assembly, freedom of expression and freedom of religion and worship, full respect for each other’s diverse identities, cultures, symbols, and languages, said the declaration.

Economic development projects have caused more harm than benefit to local residents due to weaknesses of law, said program manager U Myo Ko Ko from POINT (Promotion of Indigenous and Nature Together).

“While it is important to maintain good ties with the neighbouring country, the government also has the full responsibility to ensure local residents are not harmed by their investments. The government should also change its conception that it is the ultimate owner of all lands and all natural resources above and below the ground, above and beneath the water and in the atmosphere in the Union [as is stated in the 2008 Constitution],” he said.

Section 251 of the 2008 Constitution requires the state government to explain the planned project to the concerned parliament prior to implementation, but the government has only done so only once over the past five years, said Arakan State MP U Poe San of Kyaukphyu Township.

“Throughout the term of the current parliament, only a Chinese company called V Power came and explained that it would operate a 150-megawatt power plant in Kyaukphyu and sell to Myanmar government. No other Chinese companies have ever explained about their projects. The Union government is responsible for that. Anyway, it must explain the projects to the state parliament,” said the lawmaker.

Ongoing projects in Arakan State have drawn criticisms from civil society organisations and lawmakers due to lack of transparency and failure to hold public consultations prior to project implementation.

President U Win Myint has instructed the government, state-owned enterprises and private companies involved in the country’s extractives sector to publicly disclose any contracts from January 1.

All contracts carried out by the Union, states and regions, government departments, state-owned enterprises and private companies must disclose the full text of any contract, licence, concession or other agreement, instructed the president.