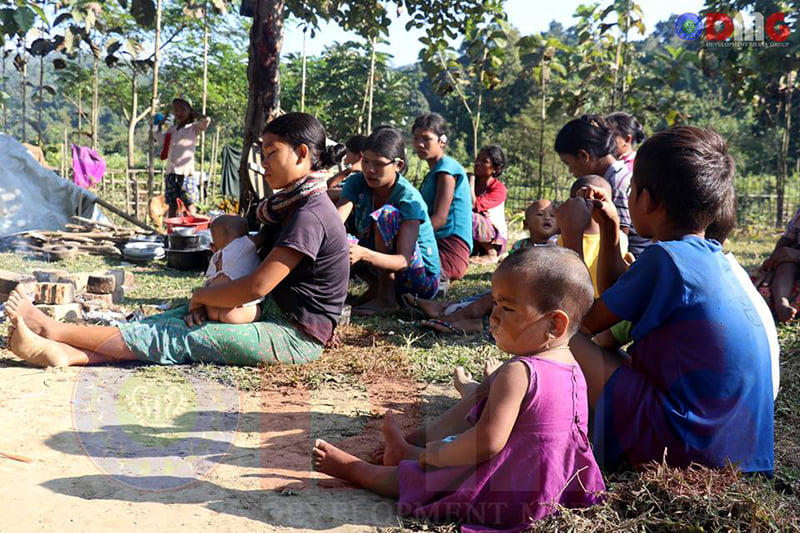 Steps will be taken this month to help internally displaced people (IDPs) return to their homes in Arakan State, according to Arakan State Minister for Security and Border Affairs Colonel Min Than.

“Landmines must be cleared and food provided for the IDPs to return to their homes. We are also working on renovating their homes. We are already compiling a list of IDPs who will return home, so the repatriation is expected to happen in the near future,” the Arakan State minister told DMG.

U Kyaw Min, manager of Let Kauk Zay IDP camp in Mrauk-U Township, said in previous months he was listed as having not returned home due to security concerns, but he added that he would return in future if the Tatmadaw provides security guarantees.

“At the time of the previous census, it was listed that the IDPs did not return,” he said, referring to a government effort late last year to take stock of Arakan State’s IDP situation and facilitate their return. “But for now, if the Tatmadaw guarantees security and makes real arrangements, the IDPs here will hold meetings and return home.”

Some IDPs have returned to their homes since fighting between the military and the Arakan Army ceased in November, while others have not been able to return due to the presence of Tatmadaw soldiers near their villages.

“I think all IDPs want to return home if the military clears landmines, repairs homes and withdraws from the villages,” said U Maung Kyaw Win, an administrator from Tinma village in Kyauktaw Township. “But we, the villagers of Tinma, will not dare to go back as long as there are soldiers on the hill near the village.”

Prior to the military’s February 1 coup, Colonel Min Than said all IDP camps in Arakan State would be inspected to encourage returns in light of the cessation of Tatmadaw-AA hostilities.

There are more than 180,000 IDPs in Arakan State following two years of fighting between the Tatmadaw and Arakan Army, according to data compiled by the Rakhine Ethnics Congress (REC).