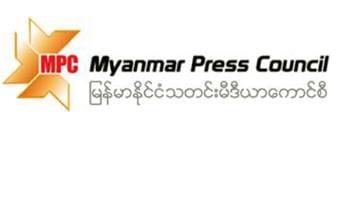 Fifteen members of the Myanmar Press Council (MPC) have quit the organisation in the face of new restrictions by the military regime that they say threaten press freedom in the country.

U Myint Kyaw, who resigned as joint secretary 1 of the MPC, said he and the others decided to walk away because of recent curbs on media freedom, and because the MPC has been unable to protect journalists increasingly facing threats legally and in terms of their physical safety.

Last week the Ministry of Information, now under the Tatmadaw government’s control, said in a statement to the MPC that some news outlets were using “incorrect words” in their reporting on the military takeover and its aftermath. The ministry said the use of words such as “coup” and “junta” had the potential to “instigate public unrest.”

“There have been restraints, amendments and regulations that restrict press freedom. And journalists were arrested, detained and beaten,” said U Myint Kyaw.  The new restrictions make it difficult for the MPC to protect journalists, he added.

The MPC is an independent media adjudication body formed under the provisions of Myanmar’s 2014 News Media Law.

Journalist U Zeyar Hlaing said he resigned from the MPC because he believes there is no way to guarantee press freedom under the tough new restrictions.

“We had a meeting at the MPC, and we agreed that it is impossible to report freely under the strict legal framework. So, we resigned,” said U Zeyar Hlaing.

The MPC recently released a statement condemning the military government’s treatment of some media outlets and threats to journalists “directly or indirectly,” urging authorities to address the issue immediately.