One Month Under Military Rule Once More: An Arakan State Timeline 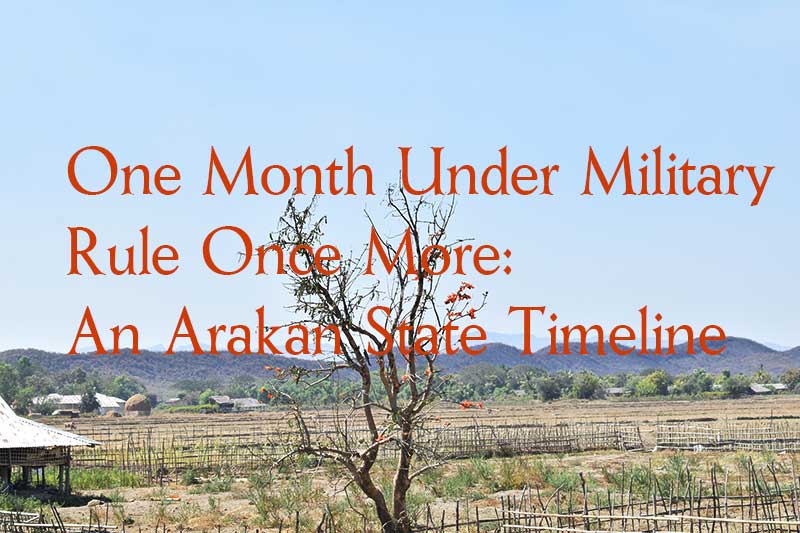 It’s been just over a month since the Myanmar military (Tatmadaw) seized power, upending political calculations across spectrums ideologically and geographically. Here DMG has compiled a timeline of the coup and its aftermath as seen from Arakan State’s perspective, for those both in the region and beyond.