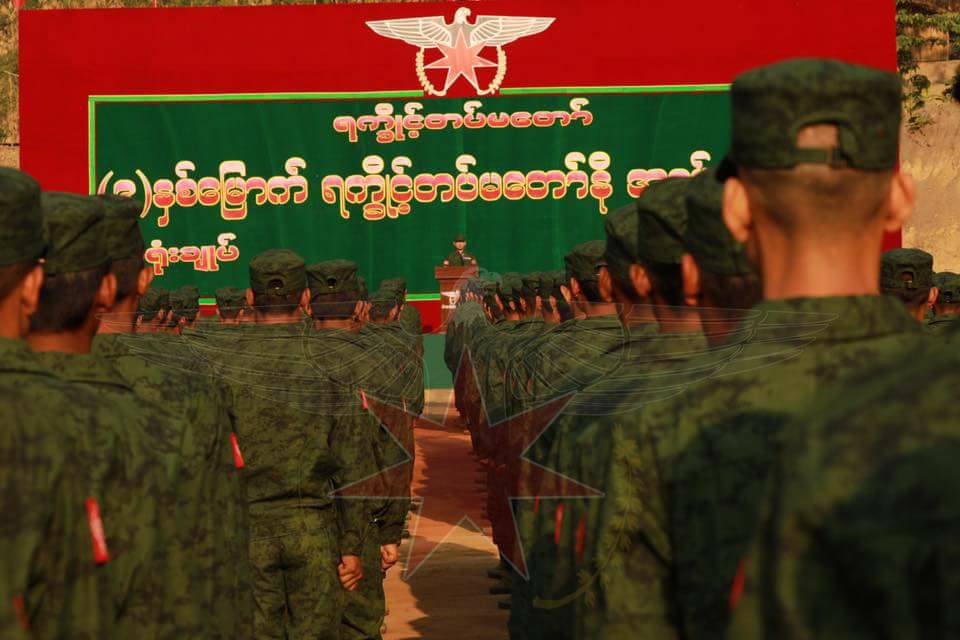 Myanmar’s military governing body, the State Administration Council (SAC), removed the United League of Arakan/Arakan Army (ULA/AA) from its list of terrorist groups on Thursday, but the SAC has not yet revoked the ethnic armed organisation’s status as an unlawful association.

The Central Committee for Counterterrorism and the military-controlled Home Affairs Ministry on March 23, 2020, declared the ULA/AA a terrorist group and unlawful association, following its attacks on security forces over the preceding months.

In the year since, calls have come from various Arakanese stakeholders for a rescission of the terrorist and unlawful association designations.

“According to the experiences of other ethnic armed revolutionary organisations, for example the New Mon State Party, the unlawful association status was revoked only after a bilateral [ceasefire] agreement was signed [with authorities]. So, the AA will remain on the list of unlawful associations until a truce is signed,” said lawyer U Aung Kyaw Sein.

More than 360 people were arrested on suspicion of having ties to the Arakan Army during the two years of fighting between the Tatmadaw and the ethnic armed group in Arakan State, according to the Thazin Legal Institute.

DMG Editor-in-Chief U Aung Marm Oo, who has been in hiding since Special Branch police filed a lawsuit against him under Section 17(2) of the Unlawful Associations Act in May 2019, said: “There have been no developments in my case. The case was not dropped under the National League for Democracy government, and the military council has also not dropped the case.”

Daw Htoot May, a former lawmaker who also won a seat in the November 2020 general election — one among a class of MPs not allowed to take their seats due to the military’s February 1 coup — called on her Facebook page for the release of innocent civilians who were arrested over alleged ties to the AA.

There are 93 cases opened under the Counter-Terrorism Law in Arakan State, according to the Thazin Legal Institute.

“Those cases are cognizable offences. They can be released if the plaintiffs drop charges against them. If not, they only have a 50% chance for release,” said lawyer Daw May Thet Khine of the Thazin Legal Institute.

Media outlets remain unable to legally contact the ULA/AA as the organisation remains an unlawful association.