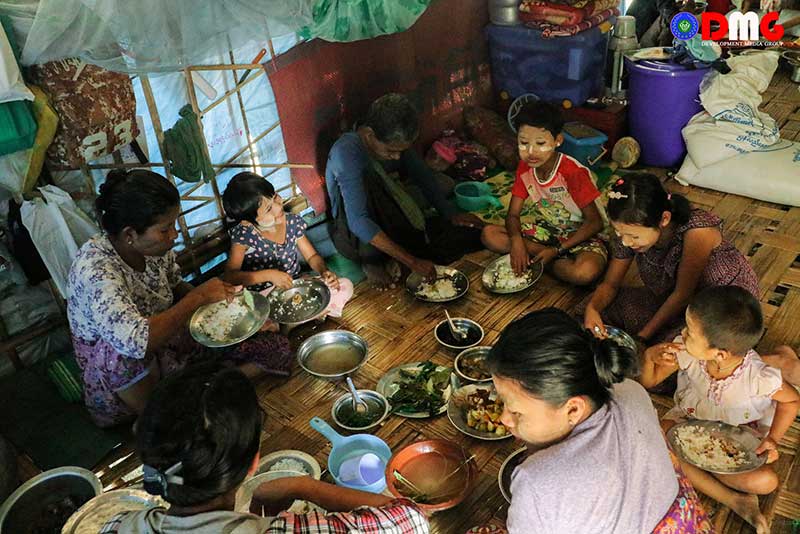 More than K700 million ($497,000) remaining in a fund of the Arakan State government formerly headed by deposed Chief Minister U Nyi Pu will be spent for the return of internally displaced people (IDPs), according to the military-led Arakan State Administration Council.

Under the previous administration, the Tatmadaw’s army, navy and air force and the families of service personnel donated more than K800 million, and some of the money was provided to IDP camps at a rate of K500 per person per day, said Colonel Min Than, a member of the Arakan State Administration Council.

“We have left more than K700 million from the fund,” he said.

“We will build houses for the IDPs when they return home. If they need a fishing net, we will buy and give it to them. If they need kitchenwares, we will provide. Now, there is no fighting and they must return home and go about their business,” he said.

On March 17, more than 660 IDP shelters at Tinnyo IDP camp in Mrauk-U Township were burned to the ground. The Arakan State Administration Council has encouraged IDPs from the camp to return home. However, many say their village homes were also burned down in the Arakan State conflict, and that they are not ready to return home, U Soe Naing, manager of the camp, told DMG.

Meanwhile, IDPs sheltering in Sittwe, Rathedaung and Myebon towns have expressed a desire to return home, but they reluctant to do so due to the presence of Tatmadaw troops near their villages. They also fear landmines in the forests that surround the settlements, IDPs told DMG.

At the conflict’s peak, the number of IDPs in Arakan State surpassed 235,000, but in the relative regional peace that has followed Myanmar’s November general election, the ranks of the displaced have fallen by tens of thousands as IDPs have begun to return home.