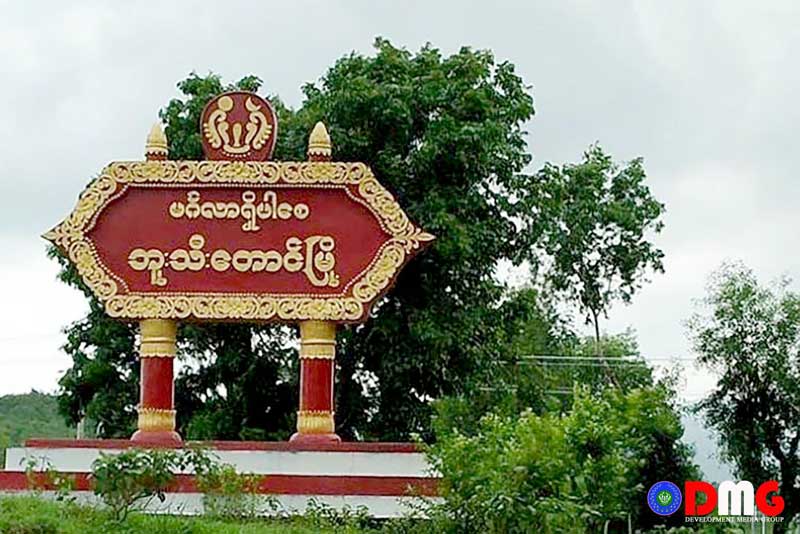 The children were playing at a plantation 2 miles from their village when one of them stepped on a landmine, according to U Shwe Hla Aung, chair of the Buthidaung Township Administration Committee.

“The children were playing while they were watching the plantation to make sure cows didn’t enter. Six of them received injuries. Their wounds are not too severe,” he said.

They victims are Muslim children with ages ranging from 7 to 16 years old, and all are being provided medical treatment at Buthidaung Hospital.

“Villagers are concerned for their safety because the number of landmine explosions near villages is increasing. They dare not go outside the village for cultivation and herding cattle,” said Nur Salin, head of Taung Ywar (Muslim) village.

On February 4, an unexploded ordnance blew up in Pyin Shay village, about 3 miles from Buthidaung town, when a child who took the UXO tried to smash it, killing one child and injuring two others.

U Shwe Hla Aung said clearing of UXO is being conducted near villages in Buthidaung Township.

On March 18, a UXO was found near Thayetpyin village, Buthidaung Township, during a landmine clearance process, and it was successfully disposed of.

Children account for one-third of casualties from landmine and UXO explosions in Myanmar, and 47% of casualties in Arakan State are children, UNICEF Myanmar said on April 6.

More than 40 civilians died and over 80 were injured due to the explosion of UXO and landmines since the beginning of fighting between the Tatmadaw and Arakan Army in late 2018, according to the Rakhine Ethnics Congress.