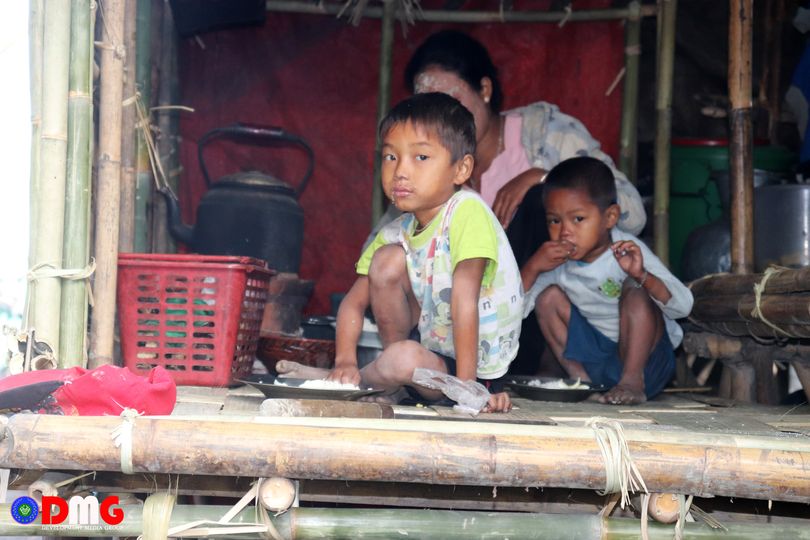 Officials from the Arakan State military council say there is a plan to ensure that there is no shortage of food in camps for internally displaced people (IDPs) in Arakan State.

U Hla Thein, spokesperson and attorney-general for the Arakan State Administration Council, said that despite the current difficulties in delivering regular food supplies to IDP camps, efforts are being made to ensure that there is no shortage of food for the IDPs.

“Due to the current situation in the country, it is difficult to withdraw money from banks. If the department normally transports 100 bags of rice this month, it will not be possible to withdraw money for 100 bags due to financial constraints. However, we plan to prevent food shortages in the IDP camps,” he said.

“The district and township levels are also working hard to ensure that there is no shortage of food or shelter for the IDPs,” he added.

Some IDP camps in Kyauktaw, Minbya and Myebon townships have been damaged by floods due to incessant rains over recent days, according to camp officials.

“The IDP camps have monitoring groups and committees at the bottom to make the most of what can be done in case of floods due to the [monsoon] season. If they need to get water from them, they will get it. If there is a problem with the waterway, we will coordinate and make it possible to get out,” U Hla Thein said.

According to the Rakhine Ethnics Congress (REC), more than 100,000 IDPs have not yet returned to their homes following two years of conflict between the Tatmadaw and the Arakan Army (AA).