Mrauk-U oxygen plant to temporarily suspend distribution to other townships 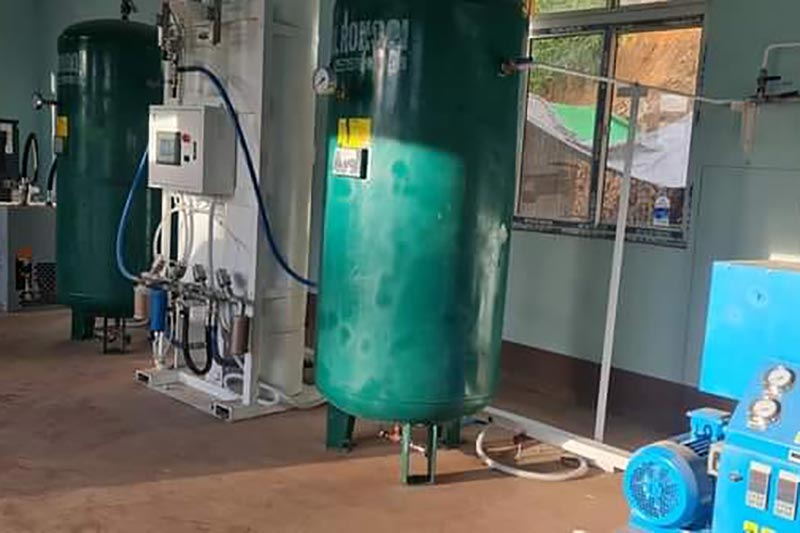 The distribution of oxygen from an oxygen plant in Mrauk-U, Arakan State, will be suspended temporarily from July 27, according to Nang Yeik Garunar, a community-based charity group helping to supply oxygen in the town.

Mrauk-U Hospital has stopped distributing oxygen to other townships due to the increasing number of patients who are in need of oxygen, said U Oo Than Tun, secretary of Nang Yeik Garunar.

Virus patients from other townships have been admitted to Mrauk-U Hospital due to the relative efficiency of supplemental oxygen treatments at the hospital, he said.

At present, more than 60 Covid-19 patients are being treated at Mrauk-U Hospital and oxygen supplies are said to be insufficient for the virus patients’ needs.

Oxygen will be distributed to other townships and areas of urgent need after the number of virus patients decreases at Mrauk-U Hospital, according to Nang Yeik Garunar.

U Oo Than Tun added that it has been difficult to produce oxygen at the plant in Mrauk-U due to heavy rains and power outages.

“The other day, the electricity went out at around 3 a.m., and the machine stopped working. The electricity was restored at about 7 a.m., and the plant was unable to produce enough oxygen. Considering buying a generator, I think it will cost around K14.6 million or K12 million. For that we are collecting cash donations, and other matters must rely on the abbot who led the installation of the oxygen plant in Mrauk-U,” he said.

As of July 26, a total of 2,343 cases and 120 deaths were reported in Arakan State during the pandemic’s ongoing third wave, according to figures compiled by the state’s Department of Public Health.