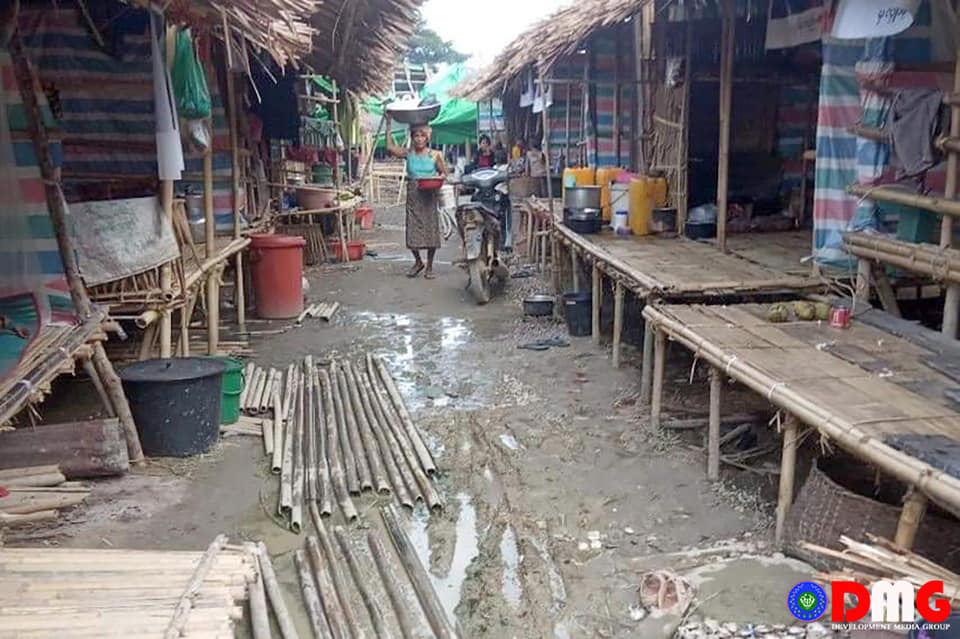 Basic food items such as rice, cooking oil and iodised salt are in short supply at the Kanhtaunggyi camp for internally displaced people (IDPs) in Arakan State’s Myebon Township, according to a camp official.

There has been a shortage of food at the camp since July 21, said U Win Hla Aung, manager of the camp, adding that donations from two charities have helped to address some of the most pressing shortages but other food items, including rice, are still needed.

“The IDPs used to go out fishing to make ends meet, but now they have to sell some of their rice to buy fish and vegetables because they cannot go out due to the Covid-19 outbreak,” said U San Tun Hla, an IDP taking shelter at the camp.

The Ministry of Social Welfare, Relief and Resettlement provides food supplies to the camp once per month.

The IDPs are facing food shortages, in part, because they had to use a week’s supply of food from the ministry for transportation charges, U Win Hla Aung said.

“The Ministry of Social Welfare, Relief and Resettlement provides four weeks’ food rations a month, but does not cover transportation costs. The IDPs receive only food for three weeks because food supplies are transported by boat or vehicle,” he added.

The World Food Programme (WFP) used to provide K15,000 to each IDP in the camp on a monthly basis, but IDPs have not received this stipend for more than two months now, according to the camp official.

There are 871 people from 255 households in the camp, with a majority of the IDPs from Nyaungkan and Hin Khayaw villages in Myebon Township, and Hsin Oo Daik, Dar Let, and Thayetpin Chaung villages in Ann Township.