Arakan State IDPs over age 65 to get Covid vaccine 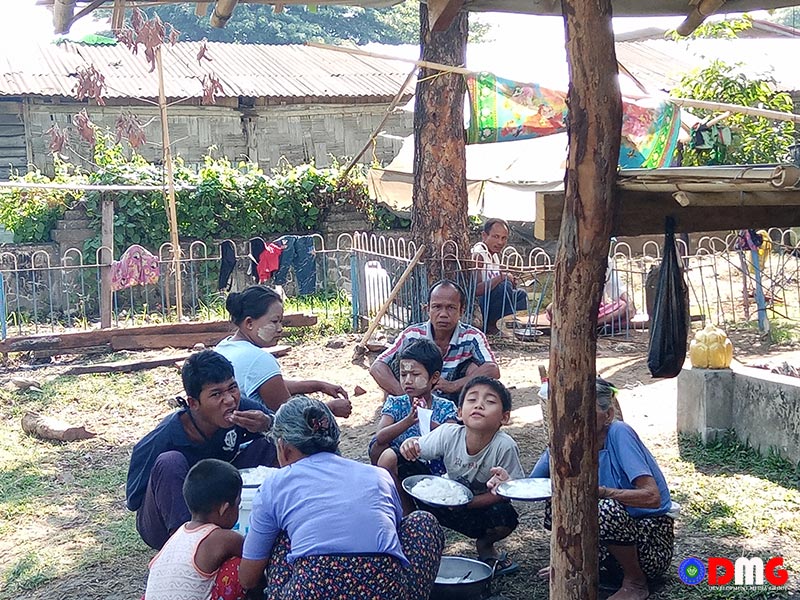 Arakan State’s military government decided at an August 6 meeting to include internally displaced people (IDPs) above the age of 65 in an ongoing coronavirus vaccination campaign that will target 100,000 people statewide in a prioritised first tier of eligible individuals.

Transportation by vehicle to designated inoculation sites would be provided to the eligible elderly IDPs if necessary, according to the plan.

A list of people over the age of 65 from the Sinbawkaing IDP camp in Mrauk-U Township, which hosts more than 3,900 displaced people, was collected by authorities on Friday, said U Nyi Pu, the manager of the camp.

“There are 125 displaced people over the age of 65 in the camp,” he said. “I think it would be good if the Covid-19 vaccine was given [to them]. Officials did not say when the vaccine would be given to the IDPs. Viral infections are more common among the elderly. We welcome injections as a preventive measure.”

Donated by China, the Covid-19 vaccine in question will be given to about 100,000 people in Arakan State, starting with those over 65 years of age, monks, bank employees, civil servants and volunteers helping to combat the virus, the Arakan State Administration Council said on July 31.

Of the 33 people over the age of 65 at Kanhtautgyi IDP camp in Myebon Township, which hosts more than 870 displaced people, 12 have been vaccinated, said U Win Hla Aung, a camp official.

“It would be better if the Covid-19 vaccine could be given to all displaced people. The disease is contagious, so I want everyone to be vaccinated,” he added.

U Shwe Baw Sein, chairman of the Rakhine Ethnics Congress (REC), estimated that out of some 100,000 IDPs who have not yet returned to their homes, 40% are over the age of 65 — a significantly higher proportion than reported at Kanhtautgyi IDP camp.

He said Covid-19 vaccines have not yet been offered to most rural IDPs, however, with shots initially going to IDPs in urban or peri-urban camps.

“People over the age of 65 should be vaccinated against Covid-19, so all should be systematically vaccinated without discrimination. ... The government’s management is weak because it has not been able to do that. Another weakness is the lack of vaccines,” he said.

IDP camps in Arakan State are also reportedly short of Covid-19 protective equipment and food supplies amid the latest surge of the deadly virus.

As of August 6, a total of 3,154 cases and 265 deaths were reported in Arakan State during the pandemic’s ongoing third wave.