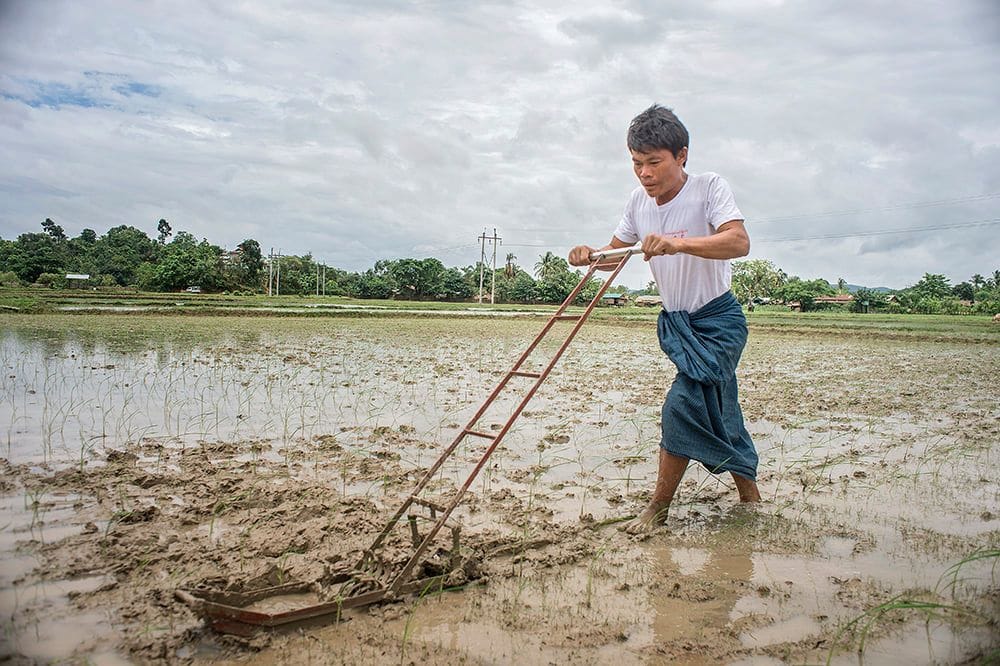 “The loans are disbursed to farmers in all townships in Arakan State. But it is difficult for us to travel to some townships due to the Covid-19 outbreak,” U Aye Thein, manager of the MADB in Arakan State, told DMG.

Agricultural loans are being disbursed to farmers who repaid their loans last year, said U Soe Naing, a farmer from Tin Nyo village, Mrauk-U Township, who added that he recently received a loan for 2021.

“The loans have been disbursed in our township for a week. Those who did not repay the loans last year are not given the loan now. Farmers have to replant paddy because paddy fields were destroyed by the recent flooding,” he said.

Agricultural loans are disbursed to farmers for up to 10 acres of farmland, at a rate of K150,000 per acre.

Late repayment or default on agricultural loans has been an issue in Arakan State for years. This year has been no different, with the added uncertainty of many facets of Myanmar’s economy having been battered by political turmoil across the country over the past six months.

U Kyaw Zan, chair of the Arakan Farmers’ Union (AFU), said: “Farmers have many challenges. They need paddy seed to grow, and fertiliser. Now, some paddy fields were destroyed by the flood. It is necessary to provide aid for such destroyed farmland.”

In 2019, paddy could not be grown on more than 50,000 acres of farmland due to armed conflict, which affected townships such as Ponnagyun, Kyauktaw, Mrauk-U, Minbya, Rathedaung and Myebon. More than 100,000 acres could not be cultivated in 2020, according to figures from the AFU.

There are about 1.2 million acres of paddy fields in Arakan State and farmers have grown paddy on some 850,000 acres in 2021, with the uncultivated land blamed on farmers still displaced from their homes by the previous year’s conflict, and rising agricultural expenditures.