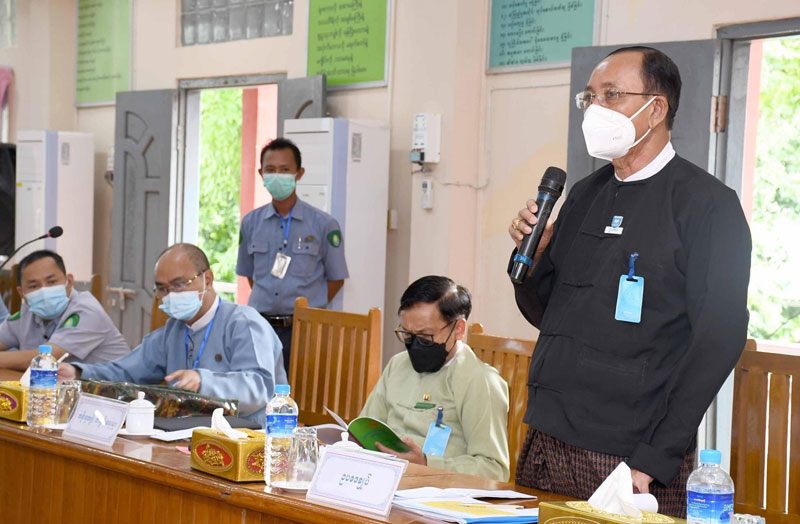 The state government will investigate and take action against media outlets that use the term “military council,” U Hla Thein, a spokesperson for the Arakan State military council, told DMG.

U Hla Thein also said the Arakan State military government has been monitoring media outlets for those that he described as making untruthful attacks against it.

“We will first issue warnings and complaints to the Myanmar Press Council without taking any action against the media outlets,” he added.

Semantically sensitive, the Myanmar military does not even accept the term “coup” to characterise its forcible seizure of power from the elected government on February 1. It is also against use of the terms “junta” and “military regime” to describe the State Administration Council, a body that is led by military commander-in-chief Min Aung Hlaing and dominated by other senior generals.

U Myint Kyaw, a former secretary of the Myanmar Press Council, said the ban on the term ‘military council’ and any action taken against media outlets that use the term is censorship.

He added that any discussion of media ethics ought to also examine the government’s engagement, or lack thereof, with journalists.

Since the military took power on February 1, some new outlets have been raided and shut down, while others have moved their operations out of the country, assuming the mantle of exile media. Several journalists have been arrested and prosecuted under various charges widely criticised by press freedom groups as politically motivated.

“People can no longer be ruled by fear like in the days of the State Law and Order Restoration Council (SLORC) and State Peace and Development Council (SPDC),” said Ko Zaw Zaw, operations manager of Development Media Group (DMG), referring to previous military governments of the late 1980s, 1990s and 2000s. “The people have always been on the side of truth.”