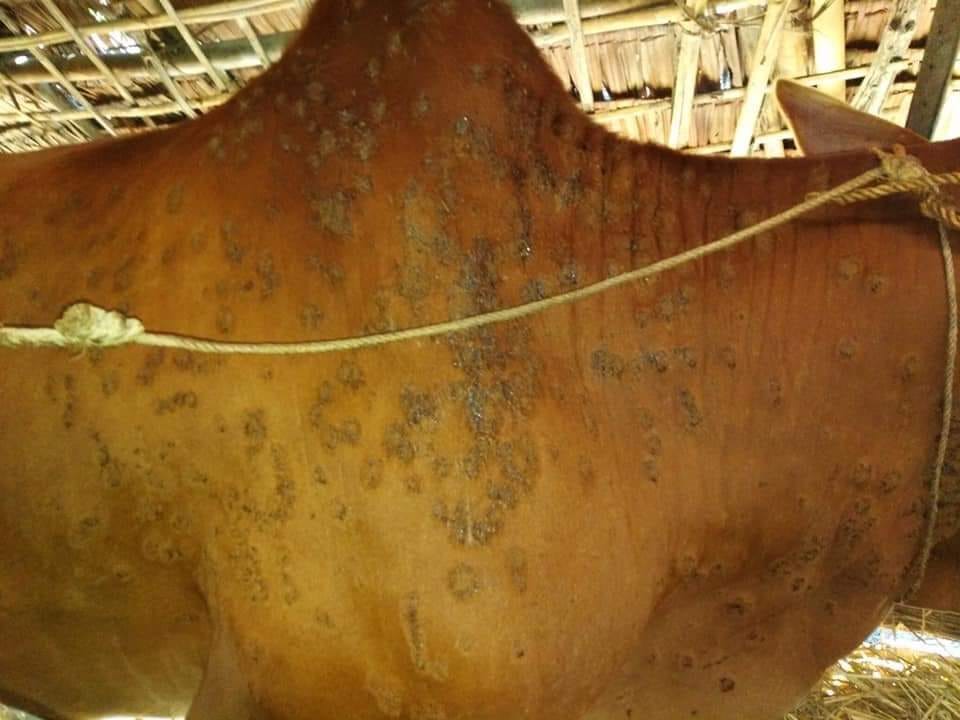 Cows from some villages in Manaung Township, Arakan State, are suffering from skin disease, according to cattle farmers.

The cows’ skin disease has been noted since August, cattle farmers said.

U Aung Win Tin, a cattle farmer from Zai Pin village, said he provides medical treatment for his cows in his own ways to heal their skin disease.

“Some knobs appeared on the bodies of the cows. Some of them open like an open wound. When they are suffering from skin disease, they do not have an appetite to eat. I applied kerosene on the knobs and skin lesions,” he said.

U Khin Maung Gyi, former village head of Theim Bala village, said there have been no reports of deaths related to the reported cow skin disease.

“It looks like a pox. But there is no death report. I think it broke out because of the high temperature,” he said.

Some cattle farmers said they have not reported yet to the relevant departments about the disease and are providing their cattle with their own medical treatments.

There were reports of cattle disease in March at some villages in Manaung Township.