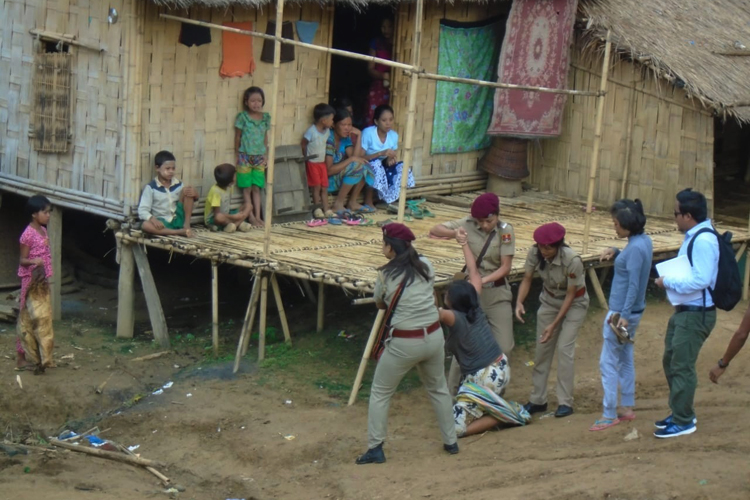 The Indian government on 2 July repatriated Arakanese IDPs from Chin State, who fled to Hmawngbuchuah Khau village in Mizoram state in India, a refugee said.

Headed by administrator of Lawngtlai district and the Assam battalion commander, under an agreement between India and Myanmar, Arakanese refugees were sent back to Myitwa in Chin State at the border between Myanmar and India.

Regarding repatriation of Arakanese IDPs from Chin State, the regional government in Chin State did not know details of the situation. Inquiries are being conducted through the proper authorities, said U Soe Htet, minister for Municipal Affairs in Chin State cabinet.

“We are trying to confirm it. We were questioned by the VOA yesterday and a journalist from another media outlet has also made inquiries about the repatriation. We cannot get any information because of the Internet shutdown in Paletwa Township. The latest information we received is that 20 men and 80 women arrived at Myitwa at the border between Myanmar and India. We instructed the township administrator to confirm it,” said U Soe Htet, who is also a spokesperson of the Chin State government.

Currently, about 100 refugees were sent back to Myanmar and they are encountering difficulties because the group includes elderly people, children and ill people, a refugee who want anonymity said.

The refugees fled to a village in Mizoram State during a battle between the Tatmadaw and the AA in Paletwa in November in 2017.