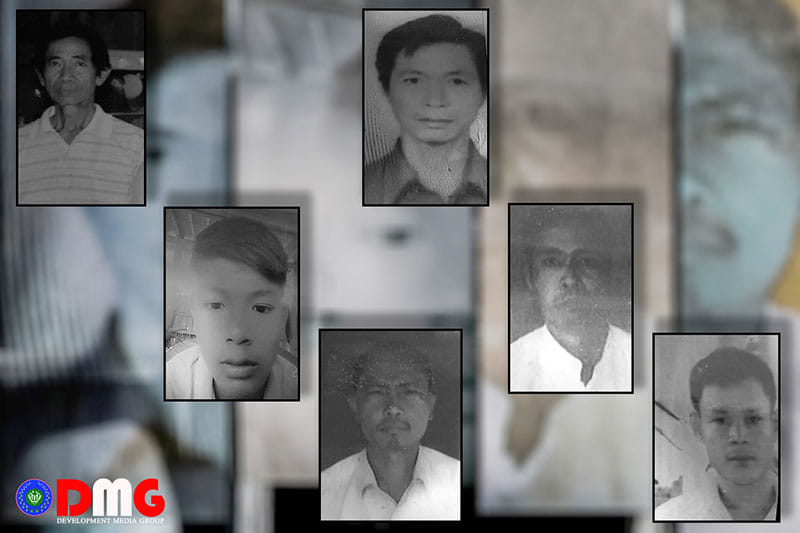 Family members continue to demand justice for those who have gone missing and remain incommunicado after being arrested during armed conflict between the Myanmar military and Arakan Army in Arakan State from 2018-2020.

Eighteen men from Tinmagyi and Tinma (new) villages in Kyauktaw Township, Arakan State, have been missing for more than 18 months after they were arrested by the military in March 2020.

Their families do not know their whereabouts, and whether the missing villagers are dead or alive is a constant worry and unknown.

They are demanding truth and justice, and they want authorities to take action against those who killed the villagers, if indeed they are dead.

“What we want to demand is that we want to know exactly where they have been detained. And, we want them to be released immediately after the truth is revealed,” said Daw Aye Yi, the mother of Mg Tun Tun Wai, who is one of the missing Tinma villagers.

The 18 Tinma villagers were allegedly abducted by Light Infantry Battalion No. 55 on March 13 and 16.

Two brothers from Ywar Thar Yar village in Myebon Township were arrested in October 2019 while they were searching for their buffaloes. They are still missing.

Family members submitted a complaint to the relevant authorities about their missing loved ones, but nothing has happened so far, said U Chet Su, head of Ywar Thar Yar village.

DMG phoned U Hla Thein, spokesperson for the regime council in Arakan State, seeking comment on the government’s activity in relation to the missing villagers, but he could not be reached.

There are 21 missing villagers after being arrested during the armed conflict and the remaining one is from Dalet Chaung Alae Kyun village in Ann Township, according to Wai Hin Aung charity group.

There are likely to be more missing people and the 21 people make up the list compiled at the moment, the group said.

“After their family members were arrested, most villages were destroyed. They are suffering double trouble; losing their loved ones and homes. They do not have a place to go and have to take refuge at IDP camps,” he said.

More than 200 people were arrested on suspicion of illegal ties to the Arakan Army (AA) during approximately two years of conflict between the military and AA in Arakan State, some of whom have remained missing since their arrests.