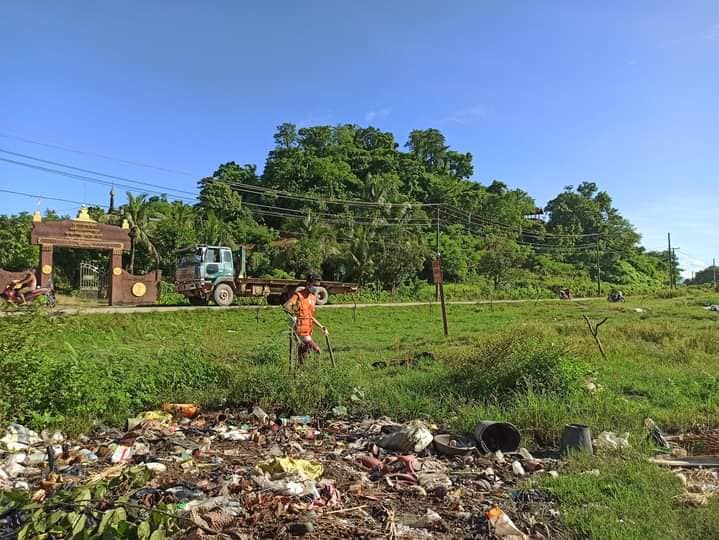 An official from the Myanmar Archaeology Association said that Arakan State’s Mrauk-U must be kept clean in order for the historical site to be included in the UNESCO World Heritage List.

Local people need to dispose of their waste properly and store it systematically, and lack of cleanliness in Mrauk-U could be a major obstacle to a UNESCO World Heritage designation, said Daw Ohnmar Myo, chairperson of the Myanmar Archaeology Association.

“Even the locals do not value their area. Experts may get into the idea of why we should value Mrauk-U. Lack of cleanliness in Mrauk-U could be a major obstacle to the UNESCO World Heritage Site,” Daw Ohnmar Myo told DMG.

Local authorities need to work together and collaborate with the community to preserve Mrauk-U and address its cleanliness concerns, boosters of the UNESCO bid say.

Experts say the Mrauk-U cultural region could be further developed along with the tourism industry if it is inscribed on the UNESCO World Heritage List.

Locals in Mrauk-U have been criticised for not disposing of their garbage properly, and the town development committee is accused of not collecting trash regularly, resulting in garbage being strewn about the pagodas, streams, markets and Shitthoung Temple area.

Ko Khaing Min Than, chairman of the Mrauk-U Youth Association, said that if residents did not properly dispose of their garbage, it would pollute the town and contribute to overall air pollution, which could endanger people’s health.

“If the municipality sets up garbage dumps and collects garbage regularly, people will not throw garbage in the streams. In some places, garbage cans are confiscated by the municipality, and even if there are no garbage cans, people dump [trash] there,” he said.

Although there are signboards instructing readers to dispose of garbage properly, compliance remains a problem, according to U Shwe Maung, assistant director of the township development committee.