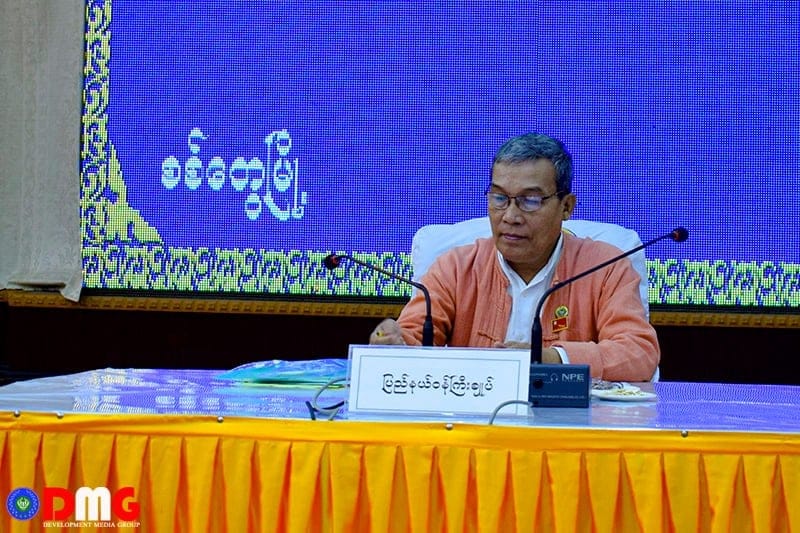 The Sittwe Township Court on October 8 sentenced ousted Arakan State Chief Minister U Nyi Pu to two years in prison with labour in a case brought against him under Section 505(b) of the Penal Code, his lawyer U Nyein Chan said.

U Nyi Pu appeared for Friday’s hearing via teleconference and was sentenced to imprisonment under a Penal Code provision alternately described as applying to incitement and sedition. It has frequently been used to stifle dissent under successive Myanmar governments.

U Nyi Pu was arrested on February 1, the day the military seized power in a coup, and was subsequently put under house arrest. He was taken into custody again, however, on February 10, after he criticised the coup on social media the day prior.

U Nyi Pu has not been allowed to meet in person with his lawyer or family members, and the court’s verdict comes nearly eight months after he was charged.

U Nyein Chan said he needs to meet with his client in person to decide whether they will submit an appeal or not.

“For the corruption case, he has to appear in court in person. So, I can meet him at that time to discuss if he wants to appeal or not,” his lawyer said, referring to another case involving charges under three sections of the Anti-Corruption Law.

They are accused of misappropriating funds in relation to a low-cost construction project in Gwa Township, as well as violating tender rules and regulations, and abuse of power.