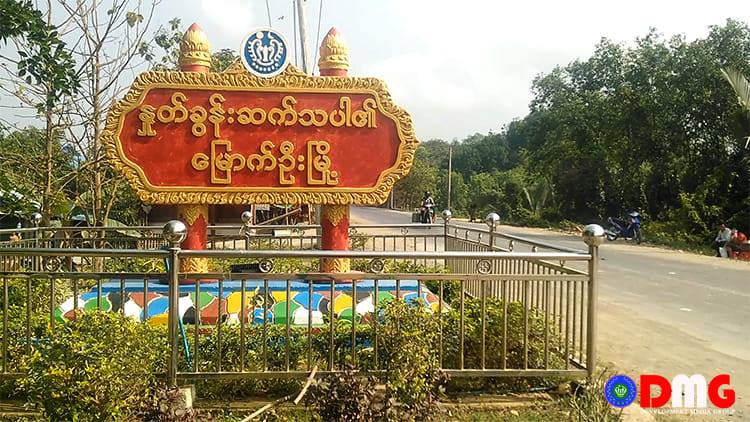 A young man from Pan Maw village in Arakan State’s Mrauk-U Township, who was arrested on suspicion of having ties to the anti-regime People’s Defence Force, has been charged under the Counter-Terrorism Law, according to family members.

About 10 armed men in plainclothes arrested the 23-year-old writer Ko Aung Naing Myint at his home on October 15, taking him away in a black car.

Ko Aung Naing Myint was charged under Section 50(j) of the Counter-Terrorism Law at the Mrauk-U police station and was held on remand for the first time, said Ma Nu Nu Yi, an elder sister of the man.

“My younger brother was charged under the Counter-Terrorism Law. We went to Mrauk-U police station on Monday, but did not see him and learned that a case had been filed. I don’t know why he was sued with the terrorism charge,” she told DMG.

“We want justice and I don’t want him to be sued falsely. He has no ties to the PDFs. He is not known as a writer,” she added.

Ko Aung Naing Myint is currently being held at the Mrauk-U police station and will seek remand for a second time on October 29.

DMG attempted to contact Mrauk-U police station about the case against Ko Aung Naing Myint, but could not confirm it.

On October 9, Thandwe-based social activist U Sein Chit was arrested and accused of having ties to the PDF, an umbrella term for several of the anti-junta militias that have been formed since the Myanmar military’s February 1 coup.

A lawsuit has been opened against U Sein Chit under Sections 50(a) and 52(a) of the Counter-Terrorism Law at Thandwe Township police station.