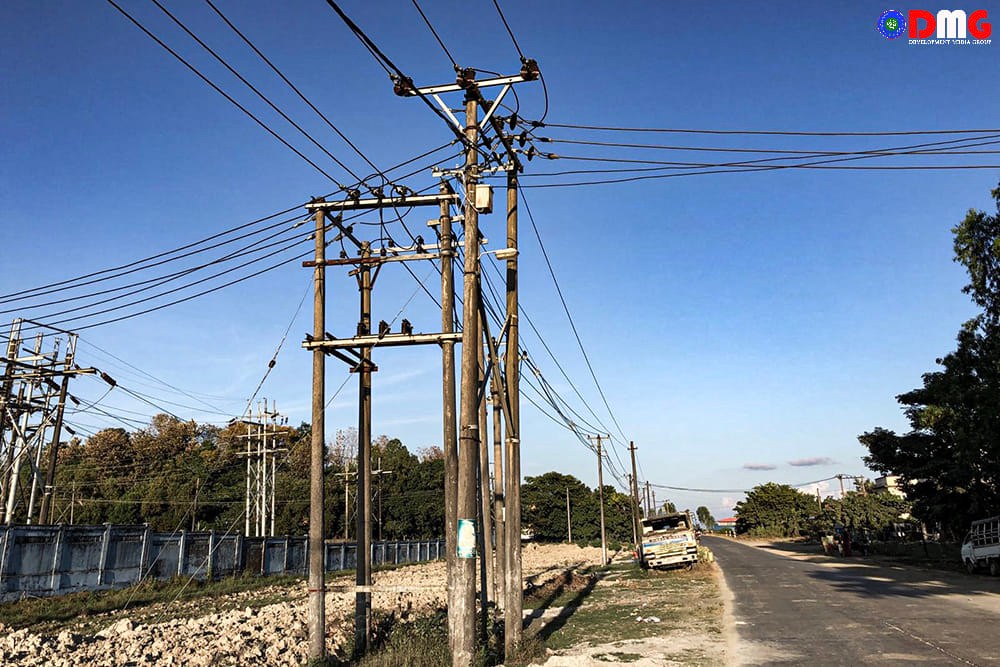 Despite efforts being made to electrify 11 villages in Mrauk-U Township and four villages in Ponnagyun Township, Arakan State, grid power has not yet been made available, according to locals, as a deadline to complete the project came and went in June.

Electrification of the targeted villages in Mrauk-U and Ponnagyun townships was planned under the ousted National League for Democracy (NLD) government.

The rural electrification project was to be implemented from June 2020 to June 2021, but it was halted after the military coup in February of this year, said U Ko Soe, a resident of Mrauk-U.

“Implementation of the rural electrification project was halted due to the political situation and financial problems after the military coup,” he told DMG. “The rural electrification project will continue to be implemented by the end of December. The project has not yet been completed as the paddy harvest has not yet been completed, but it will continue.”

An electricity company in Yangon has worked to install power transmission lines in these villages with the budget approved by the Union government.

A transformer will be built near the Tein Nyo IDP camp, but it is not yet known when it will be launched, U Ko Soe added.

“We have not been notified of the delay in the construction of such a rural electrification project. We sometimes had contact with the authorities, but after the military coup, we lost contact with them,” said U Wai Hla Aung, an administrator of Tein Nyo model village.

Power transmission lines have been erected in some of the targeted villages in Mrauk-U and Ponnagyun townships, but in other villages nothing has been done to date.

“If there is electricity, it will be convenient to do business in rural areas. Rural people face many difficulties due to lack of electricity,” said U Kyaw Tin, the administrator of Shwekyinpyin village. “I would like to ask the concerned authorities to resume implementation of the rural electrification project as soon as possible, because the prices of firewood and charcoal are rising significantly.”

People in Arakan State’s rural areas rely to a large extent on electricity generated from solar panels and generators.

In early October, the Arakan State Administration Council said it would provide 24-hour electricity to Lekka village, Mrauk-U Township, but so far no power transmission lines have been erected, said village administrator U Kyaw Nyunt.

U Than Tun, a member of the Arakan State Administration Council, said that 24-hour electricity supply to these villages would be completed next year.

“We are now planning to complete the project in the six-month budget. The project will start in January 2022. The power transmission lines will also be installed in villages,” he said.