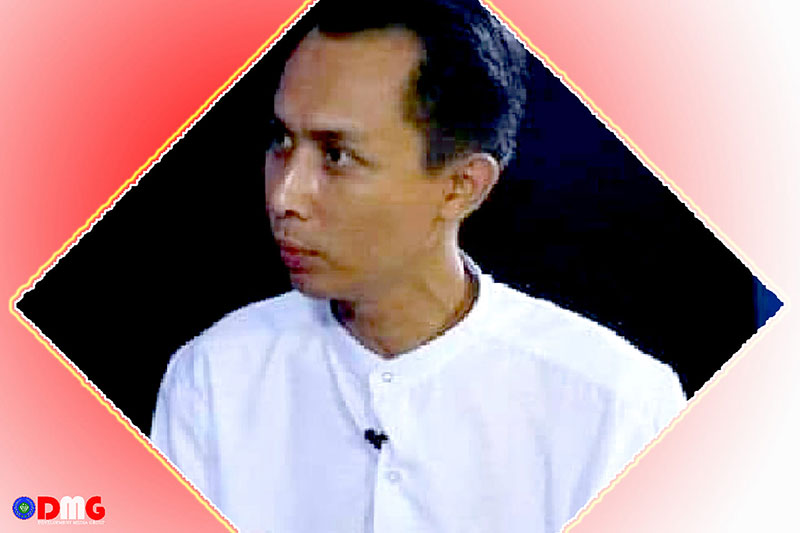 Ko Sein Chit, a social acitivist from Arakan State’s Thandwe Township who is facing charges under the Counter-Terrorism Law, is being provided medical treatment in Thandwe Prison as he is suffering from a gastric illness, according to his lawyer.

Ko Sein Chit has suffered frequent stomach pain during detention, a health condition that he had struggled with prior to his arrest, said the defendant’s lawyer, Daw Theingi Maung.

“He has an underlying stomach disease and we are sending the pills for him. He is taken to court today and given medicine for his belly pain. He says there is a doctor in prison. The doctor also provides medical treatment to him,” said the lawyer.

Ko Sein Chit and Ko Ye Naing Oo, also from Thandwe Township, were arrested in October and accused of having ties to the anti-regime People’s Defence Force (PDF).

They have been charged under Section 52(a) of the Counter-Terrorism Law. Their case was heard at the Thandwe Township Court on Wednesday, when a prosecution witness was examined, according to the lawyer.

There are 13 prosecution witnesses in the case of Ko Sein Chit and Ko Ye Naing Oo, four of whom have been examined to date.