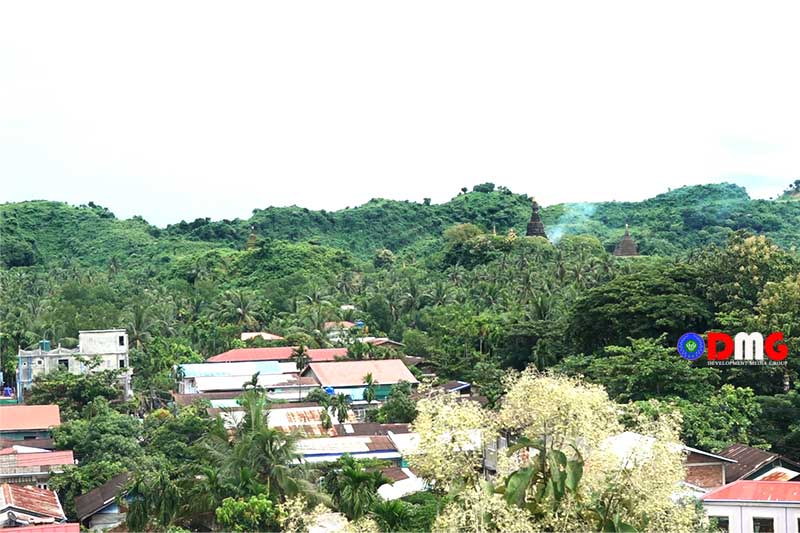 The Department of Archaeology and National Museum will use the force of law if necessary to conserve the ancient city of Mrauk-U in northern Arakan State, which is being considered for designation as a UNESCO World Heritage Site.

The building of squatter homes and alterations to the land are among the activities that may be jeopardising the UNESCO heritage bid, conservationists say.

U Kyi Khin, director of the Department of Archeology and National Museum (Sittwe Branch), said a public awareness campaign would take place next month in an effort to curb harmful practices and behaviour.

“If they do not follow the restrictions after the public awareness measures, we will take action against them under the Protection and Preservation of Cultural Heritage Regions Law,” he said.

“We will distribute notices three times to follow the restrictions. If they do not follow them after the education period, we will ask for recommendations on which section of the 2019 Protection and Preservation of Cultural Heritage Regions Law should be used to take action against them, and we will open lawsuits against them,” U Kyi Khin added.

Among other prohibitions codified in the law, both new construction and the extension of existing structures or fences into an ancient heritage zone are illegal.

People in Mrauk-U have previously been educated to avoid negatively impacting heritage sites, but the number of squatters is increasing now, said Daw Khin Than, chair of the Mrauk-U Heritage Trust.

“There was a moat here. But they built houses, filling the moat area with earth. There were [ancient] city walls. But they are all gone now. What will be done for such cases depends on authorities,” she said.

“We will provide education programmes by working with local organisations to prevent any situations that could hurt [the bid] to inscribe [Mrauk-U] on the World Heritage List,” he said.

Daw Ohmar Myo, an archeologist, noted that the final proposal to designate Mrauk-U as a UNESCO World Heritage Site was submitted early this year.

“People need to value the ancient heritage,” she said.