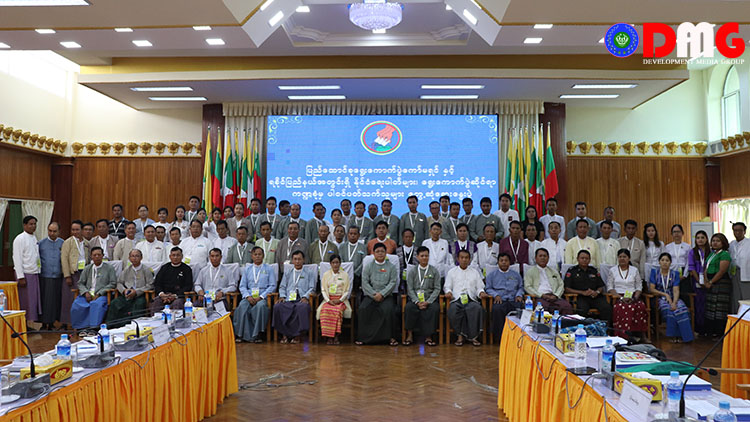 The Arakan Front Party (AFP) has requested the Union Election Commission to facilitate migrant Arakanese at Phakant region in Kachin State to vote in the 2020 election.

The Union Election Commission (UEC) met with political parties and stakeholders involved in the election process yesterday at the office of the Arakan State cabinet.

About 100,000 Arakan people are working in Phakant region, but they are living there without registering on the household list of the region and cannot vote in elections. That’s why the deputy chair of the AFP addressed the situation of the migrant Arakanese people in Kachin State who will lose their rights to vote.

U Kyaw Lwin, deputy chair of the AFP, asked: “I’d like to know how the UEC will arrange for the migrant Arakanese because each Myanmar citizen has rights to vote.”

If a migrant worker lives in a certain area for 180 straight days, the worker can vote in that region, U Aung Soe Win, member of the UEC, responded the question of the deputy chair of the AFP.

“According to the existing law, a migrant worker can vote if the worker is living in a certain region for 180 consecutive days.  If the law is amended, the time frame might be 90 days,” U Aung Soe Win said.

U Kyaw Lwin said that the AFP wants the UEC to list all migrant Arakanese in Kachin State and to have a minister for Ethnic Affairs act as watchdog for the security of Arakanese people.

The UEC has arranged to hold the next election in the end of the 2020.