The Karen National Union (KNU), Karenni National Progressive Party (KNPP) and the Chin National Front (CNF) issued a joint statement on May 9 urging Myanmar’s military junta to include all stakeholders in its proposed peace dialogue if it is to find a solution to the country’s political crisis.

On April 22, military regime leader Senior-General Min Aung Hlaing made a speech in which he invited the leaders of Myannar’s ethnic armed organisations (EAOs) to peace talks that he said he would personally attend, instructing them to register for the supposed privilege by May 9.

Pado Saw Taw Ni, a spokesperson for the KNU, said that all parties need to work together when building a federal democratic union.

“At the moment, we are just starting to work with like-minded groups as soon as possible. This joint statement carries that meaning,” the KNU spokesman told DMG.

The three EAOs call on the junta to immediately end its offensives on the ground and establish a meaningful dialogue with all stakeholders, their joint statement said.

The military regime has said the National Unity Government (NUG) and its armed wing the People’s Defence Force (PDF), which have been designated as terrorist groups, are not included in its invitation for peace talks. Critics have variously described the military junta’s invitation to peace talks as hollow, politically expedient, and a sham, among other unflattering assessments.

Among the EAOs that have declined to attend the peace talks are the KNU, CNF, and All Burma Students’ Democratic Front (ABSDF) — all three NCA signatories — and the Kachin Independence Army (KIA) and the Karenni Army, both non-signatories.

In an interview on Monday, Arakan Army (AA) spokesman U Khaing Thukha told the BBC that the Arakanese ethnic armed group is keeping an eye on the status of the regime’s peace talks proffer.

Min Aung Hlaing’s call last month for face-to-face talks with EAO leaders came after more than a year of clashes with anti-regime resistance forces, many of which were formed in the aftermath of the 2021 coup under the umbrella PDF banner. 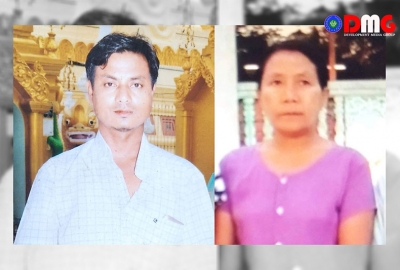 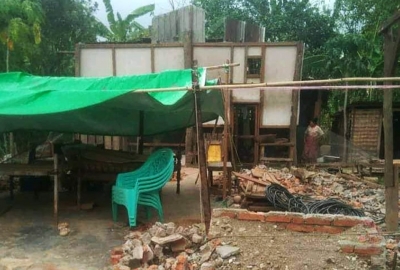 Recent evictees in Ann struggle to get back on their feet 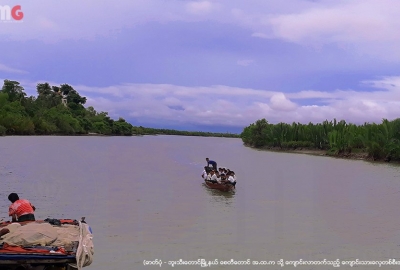