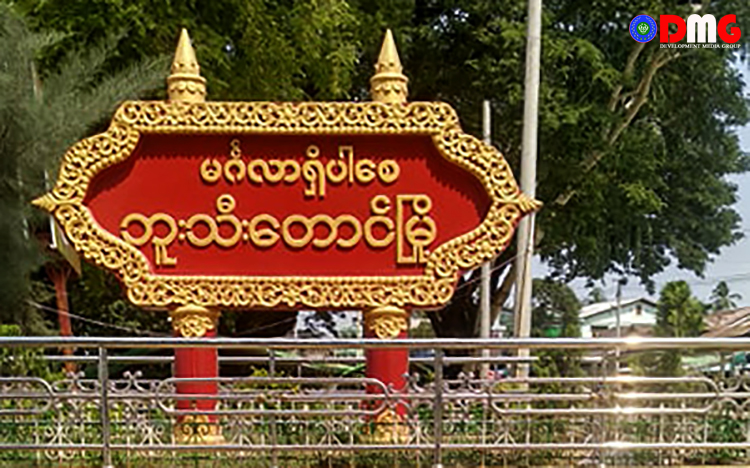 Following an attack of the AA at Nyaung Chaung BGF police outpost in Buthidaung Township, three Muslims and one Arakanese from nearby a village received bullet wounds, local residents told the DMG.

“We were hiding when we heard the sound of gunfire at dawn. Subsequently, the fighting got closer to the village as they are shooting each other. My daughter was shot hit by a stray bullet,” Mahmet Husaung, father of Ma Charkura Baby, told the DMG.

A grandmother and her granddaughter from Kardipara Muslim village located near Nyaung Chaung village got injured when their house caught fire after an artillery shell hit their house. They received bullet wounds and burns.

“I was sleeping at home together with my grandmother. I heard the sound of a crash. Then, the house was set ablaze. My grandmother was severely injured and half of my body was burnt,” said Ma Yasamil Tara.

The Tatmadaw accused the AA of shoot at civilians after they had attacked the police outpost. However, the AA denied the accusation and responded by saying that civilians got injured because of offences done by the Tatmadaw.

Ma Than Aye from Nyaung Chaung village said that villagers fled to safety when the Tatmadaw repeatedly fired weapons after the police outpost had been attacked.

“The Tatmadaw fired heavy weapons between 6 a.m. and over 8 a.m., displacing villagers who were worried about fights erupting near their homes. They fled to Gwa Sone village and wards in Buthidaung town. Only elderly people left in the village,” she said.

The DMG phoned Colonel Win Zaw Oo from the Western Command about the gunfire, he said that the military troop shot weapons to provide support for the police outpost when it was attacked by the AA.

“We have to assist police working for the rule of law and we will use any means necessary. We can’t turn a blind eye to the AA’s attack on the police outpost,” he said.

The AA attacked Nyaung Chaung BGF outpost on the morning of 26 July, at about 4 a.m.