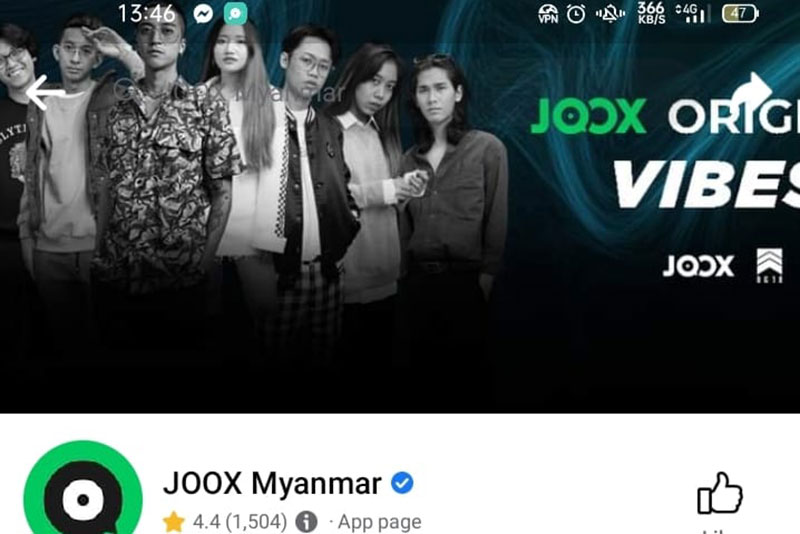 JOOX Music Myanmar, a China-based music streaming app, has announced its plan to exit military-ruled Myanmar next week, after seven years of operation in the Southeast Asian nation.

The music streaming service owned by Chinese multinational technology and entertainment conglomerate Tencent said it would withdraw from Myanmar on June 6.

JOOX, which provides most of its songs free while some songs are only available for premium users, was popular among young Myanmar people before the military coup last year.

In its statement, JOOX Myanmar said: “We are very proud that we could provide over 45 million [streams] of local and foreign songs and organise special live shows for music fans in Myanmar.”

“JOOX was quite popular with local youths, and it provides songs of various languages and various genres. So, I think the company must have made serious consideration before it made its decision to exit Myanmar,” said a young technician.

The music streaming application was launched in 2015, and run in partnership with Khin Thiri Thet Mon, the daughter of junta chief Min Aung Hlaing.

The company had been under growing pressure since last year as many Myanmar people have boycotted military-linked products and services following the coup.