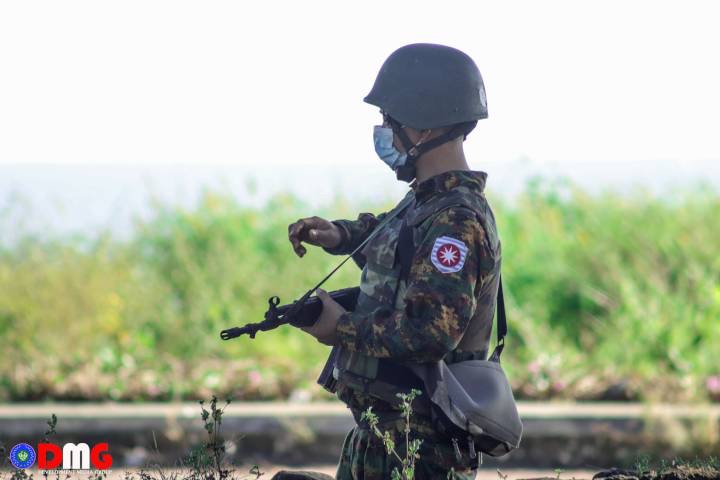 Hundreds of Myanmar military soldiers have defected to the Arakan Army (AA) since last year’s coup, said U Khaing Thukha, a spokesman for the ethnic armed group, at a press conference on Tuesday.

“Hundreds of Myanmar army soldiers have defected to the Arakan Army and we are providing humanitarian assistance to the army defectors,” he added.

U Khaing Thukha did not disclose the exact number of junta soldiers who had defected to the Arakan Army.

Since the coup on February 1, 2021, thousands of regime soldiers, policemen and civil servants have joined an anti-junta Civil Disobedience Movement (CDM), refusing to work for the military government that seized power.

“I think it is the sign of a good army, that the Arakan Army is providing humanitarian assistance to the Myanmar army defectors as human beings, not prisoners of war,” she said.

But speaking of bona fide prisoners of war, U Khaing Thukha also said the Arakan Army was open to the possibility of arranging a prisoner exchange with the military regime.

U Khaing Thukha said the Arakan Army had most recently detained a junta soldier in Kyauktaw Township on June 11.

He added that junta soldiers detained by the Arakan Army receive medical treatment if needed and are treated humanely, saying he hoped the same was true for AA troops in Myanmar military custody.

“We take care of Myanmar junta soldiers without torturing them. I hope that the AA members arrested by the Myanmar military would not be tortured,” he said.