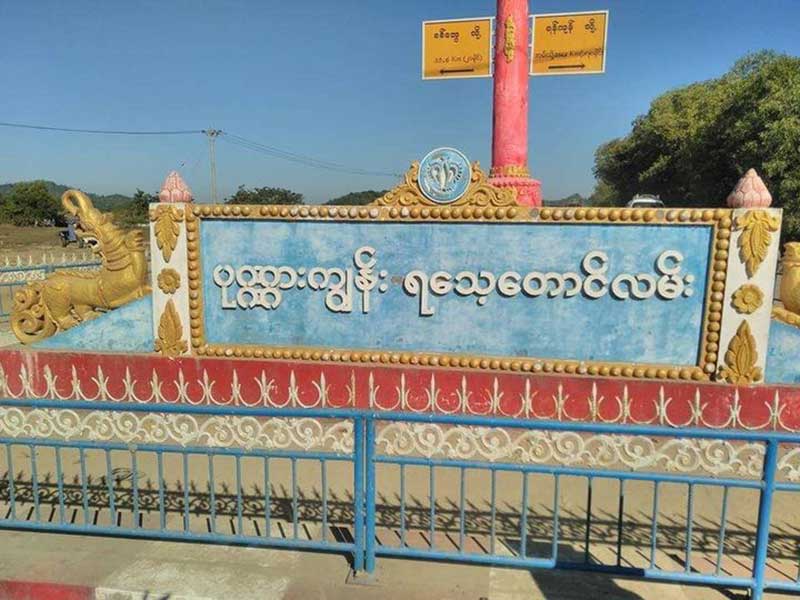 The Myanmar military reportedly blocked the Ponnagyun-Rathedaung road after the Arakan Army detained a junta soldier on June 16, causing difficulties for travellers, transporters and locals.

The road has been blocked by the Myanmar military setting up two security checkpoints near Letwe Sartaik and Peinhnetaw villages, said Venerable Thabarwanadi, a Buddhist monk who carries out social activities in the area.

“Vehicles coming from both Ponnagyun and Rathedaung are intercepted by the junta soldiers at the security checkpoints. Locals are not allowed to travel to either Ponnagyun or Rathedaung. There are many locals who depend on the road for their livelihood. Locals from the villages along the road will likely face food shortages due to travel restrictions,” the monk added.

There are about 50 villages along the road, and if the road is closed for a lengthy period, locals will face many difficulties, said U Khin Khin Maung, a driver plying a route between Ponnagyun and Rathedaung.

“I bought a car through a hire-purchase system and earn a living as a driver. I face many difficulties as the road has been closed by the Myanmar military,” he added.

The cause of the road closure is not known, but locals say it will affect their health, social and economic wellbeing.

“Locals along the road rely on the road for their livelihoods. Now that the road is completely closed, the problem for motorists is unthinkable. If this problem continues in the long run, we will face many unspeakable challenges,” U Khin Khin Maung said.

The blockade effectively cuts off the only land route from Ponnagyun to Rathedaung, a main road for transporting goods as well.