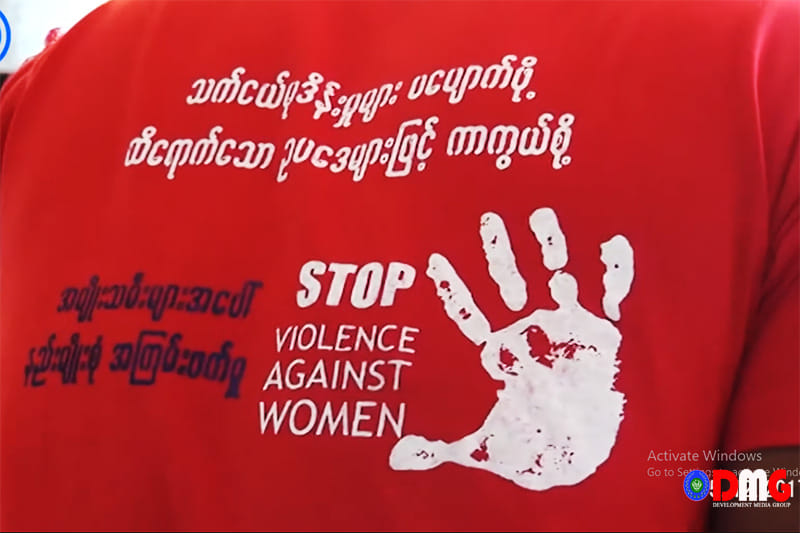 Women’s rights activists say violence against women in Myanmar is increasing year after year, but that women who are victims of such violence are demanding justice less and less.

“We have come a long way in achieving justice for women who have been victims of violence. However, due to a lack of employment opportunities, and the economic and security situation, the number of women who demand justice has decreased,” explained Daw Mya Thuzar, in-charge of the Legal Remedy Group (Myanmar) in northern Arakan State.

Women are subjected to psychological, physical, sexual, and socioeconomic violence in various ways, with violence by intimate partners and other forms of domestic abuse being particularly common. Women from conflict-affected areas in Myanmar, meanwhile, suffer some of the most horrific violence, and oftentimes lack avenues for seeking justice.

Daw Nyo Aye, chairwoman of the Rakhine Women’s Network (RWN), said there are still numerous obstacles, challenges and weaknesses in terms of securing and advancing legal protections for women. One common difficulty is convincing women who have been victims of violence to come forward, and provide testimony.

The majority of women in Arakan State remain in traditional roles as housewives due to typically lower educational levels compared with men, as well as job scarcity and poverty in the region. And armed conflict has robbed many women of potential opportunities.

“Girls do not have access to higher education. Everything is out of reach for them,” Daw Nyo Aye told DMG earlier this year. “Women in Arakan State have been lacking in many things after being hit by war.”

In order to deal with violence against women in Myanmar, the Prevention and Protection of Violence against Women Bill was drafted in 2013 in collaboration with government civil society organisations and international organisations, but the legislation has not yet been enacted.

“In order to reduce violence against women, we need to provide a lot of rights training and legal awareness training to empower women,” said Daw Mya Thuzar. “If there is a special law specifically enacted to address women and violence, there needs to be mechanisms that can prevent it in a timely manner.”