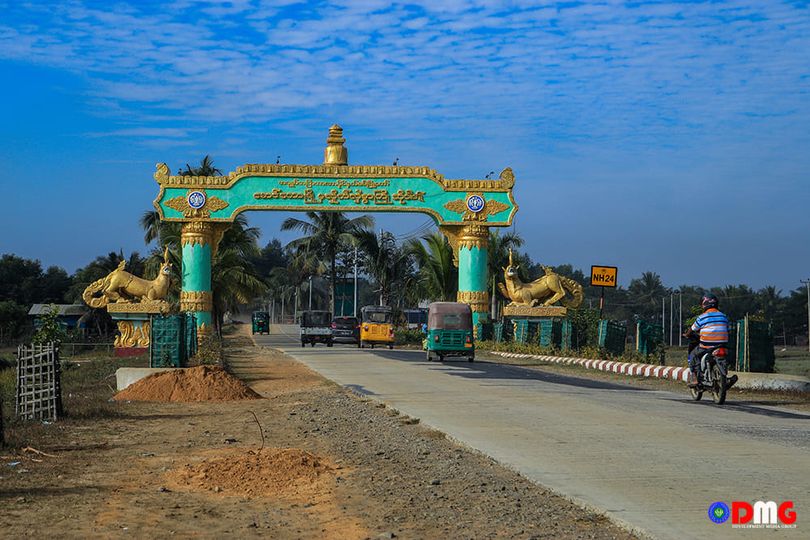 Security affairs officials from the Myanmar military abducted the abbot of a village monastery in northern Maungdaw Township, Arakan State, on Friday night.

U Pinnasiri, 40, was taken from a Buddhist recitation ceremony held at Myoma Monastery in Maungdaw town’s Myoma Ward at about 10 p.m. on November 4.

U Pinnasiri is the abbot of the Ywet Nyo Taung Village monastery in the north of Maungdaw Township.

Junta troops and police have stepped up patrols and inspections around Maungdaw town in recent weeks, according to locals.

“Every day, they patrol around the town, and check motorcycles and handphones. Locals are worried that they have now even arrested monks. They are deliberately doing these things to instil fear in people,” said a community elder from Maungdaw.

DMG was unable to reach Arakan State Security and Border Affairs Minister Colonel Kyaw Thura to enquire about the military’s detention of the abbot from Ywet Nyo Taung Village.

“The regime is doing so to scare people away from the United League of Arakan/Arakan Army (ULA/AA),” former Arakan State lawmaker U Pe Than said of the monk’s arrest. “They are arresting people because of the ULA/AA.”

On October 25, junta troops searched a displacement camp opened at the Mya Tazaung Monastery in Mrauk-U Township, reportedly looking for the abbot of that monastery.