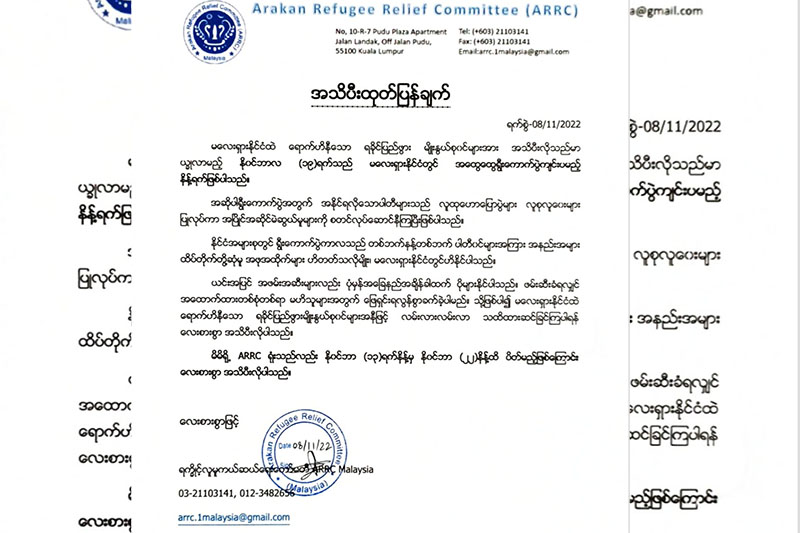 The Arakan Refugee Relief Committee (ARRC) issued a statement on Tuesday urging Arakanese people in Malaysia to be cautious when travelling during that country’s upcoming general election, scheduled to be held on November 19.

ARRC officials said that because competitive elections have the potential to lead to violence and politically motivated actions such as crackdowns on migrants, the announcement was made to prompt Arakanese people to think about the heightened possibility of being arrested by Malaysian authorities.

“Undocumented workers are often arrested during the elections period,” said an ARRC official. “It is not known which new government will come to power in Malaysia. There are many undocumented Arakanese people in Malaysia, so if they are planning to come to apply for a UN card, I urge them not to come during the election. I am afraid that people who come to apply for a UN card will be arrested on the way, so we issued such a statement.”

The ARRC office will be closed from November 13-22 due to the impending election and its unpredictable aftermath, the official added. The ARRC is the main agency assisting Arakanese people in Malaysia.

Malaysian authorities raided the Kuala Lumpur office of the ARRC and arrested 19 people including office personnel last month. At least 18 of them were subsequently released.