Junta imposes limits on delivery of vital items into Pauktaw

Myanmar’s military regime has imposed limits on the amount of fuel, cement and pharmaceuticals that ferry boats operating on the Sittwe-Pauktaw route can carry from the former to the latter, according to boatmen and passengers.

Another ferry boat owner confirmed the junta limits on fuel, cement and pharmaceutical deliveries into the area.

“We have to give them our phone numbers and show boat licences. They ask us about the number of people on board, our destination, and when we will come back. We are checked twice — when we travel from Pauktaw to Sittwe, and on return from Sittwe — by the Navy Z-craft,” he said. 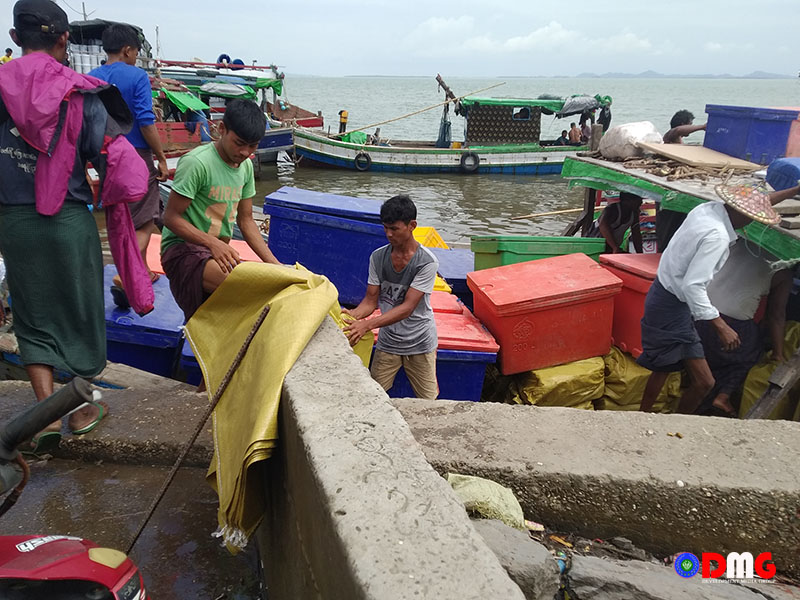 An unknown group of men brandished a gun and robbed a fuel seller of K300,000 while boatmen were loading a ferry with fuel barrels at BXT Jetty in Sittwe on Wednesday afternoon, according to witnesses.

“They came with a gun wrapped in a longyi while some people were loading oil barrels at around 2 p.m. at Korea [BXT] Jetty yesterday,” said one witness. “And they asked for K300,000 from the fuel seller. As they brandished the gun, it appeared that they extorted money by threatening [to report the over-limit fuel shipment to authorities].”

The partial ban on deliveries of vital items like medicines and fuel will have negative impacts on locals, warned a Pauktaw resident.

“Because they have guns, we have to listen to them. I don’t know what consequences we will have to face from the ban,” he said.

Military tensions between the junta and the Arakan Army (AA) continue to escalate in Arakan State, with the regime blocking off the Sittwe-Ponnagyun road since November 10, leading to price hikes in the region.